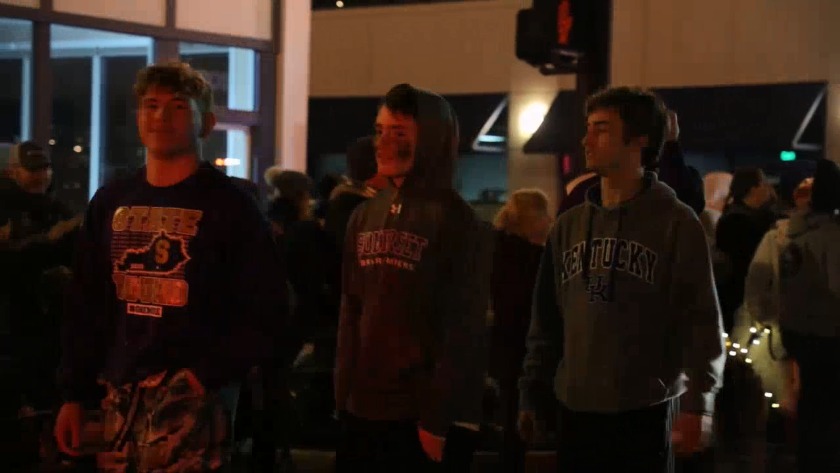 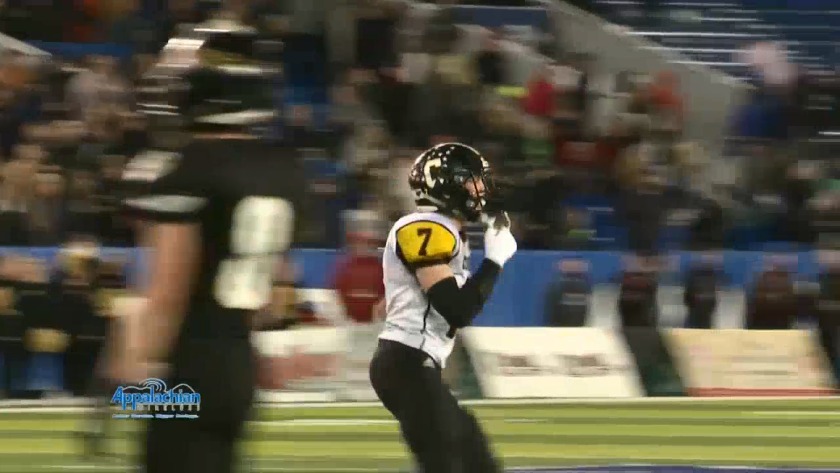 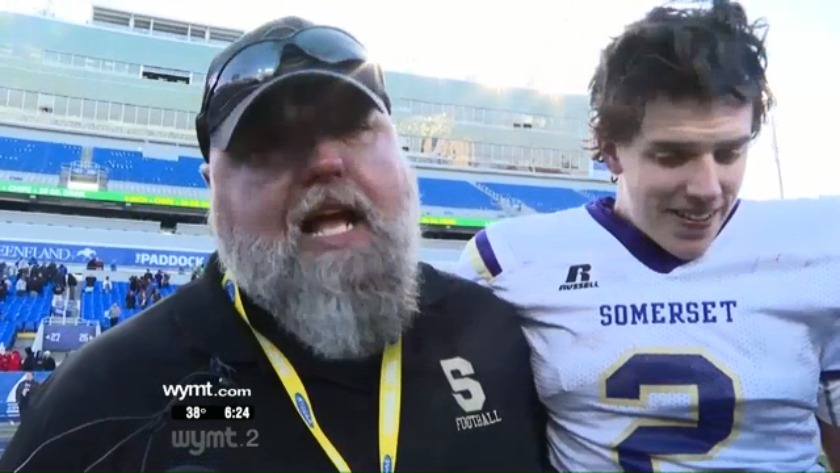 LEXINGTON, Ky (WYMT)- Despite controlling three quarters, Somerset orchestrated an amazing comeback with 30 seconds to play and no timeouts to claim their first title.

Somerset jumped out with an early lead going up 7-0.

Mayfield, who is very familiar with a chance to play for a state title, scored 43 seconds later tying the ball game up.

The Briar Jumpers were able to control the rest of the first half scoring twice to take a 21-17 lead into the break.

After a scoreless third, Somerset would add a touchdown to go up 28-17 early in the fourth quarter.

Mayfield would then start a comeback scoring and converting a two-point conversion striking within three points with seven-minute to play.

After kicking the ball off, the Cardinals forced a fumble and scored making the score 31-28.

Somerset would be forced to punt the ball with about four minutes to play, but the defense would get a stop with 28 seconds remaining.

Even though they got the stop, Somerset still had to travel 89 yards in about 30 seconds.

"I didn't lose faith. All I was saying was a stop and a score. So we didn't score right after that, our defense stepped up again and got another stop, and our offense knew what to do," Somerset Quarterback Kiaya Sherron said.

Sherron and the Briar Jumpers would try to engineer some magic through the air. On Somerset's 27-yard line with nine seconds remaining, Sherron found his receiver getting out of bounds with two seconds remaining on Mayfield's 35-yard line.

On the last play of the game, Sherron's heave to Kade Grundy in the endzone fell incomplete but drew a penalty.

With the free play, Sherron found a wide-open Tate Madden for the walk-off win.

"We deserved it so much. Mayfield gave us a good game. Just a good game all around," Madden said.

The Briar Jumpers will bring home their first title on their sixth attempt.

After the game, Coach Robbie Lucas talked about how much the win meant to them.

"Proves what this team is, proves what they've done. They've not given up all year long. I don't know what it is they have, but whatever they've got, they've got it in spades. They absolutely did an excellent job of hanging in," Coach Lucas said.

Scores from around Kentucky on January 24th

WATCH: Hazard outlasts Paintsville, Somerset drops heartbreaker to St. Henry at the All 'A' Classic

Video: 'The spirit of ACT is still alive': Pike County theatre students move on to the next scene

Scores from around Kentucky on January 24th

WATCH: Hazard outlasts Paintsville, Somerset drops heartbreaker to St. Henry at the All 'A' Classic

Video: 'The spirit of ACT is still alive': Pike County theatre students move on to the next scene