WATCH: "This is why he is here." Stoops, UK confident in Sawyer Smith 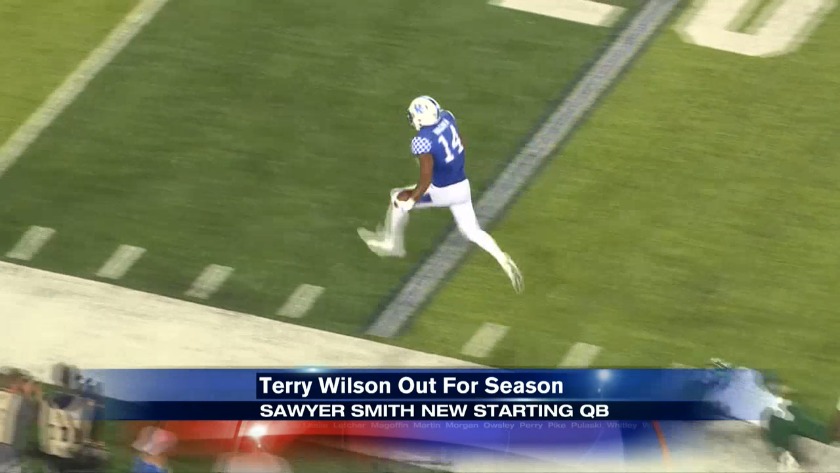 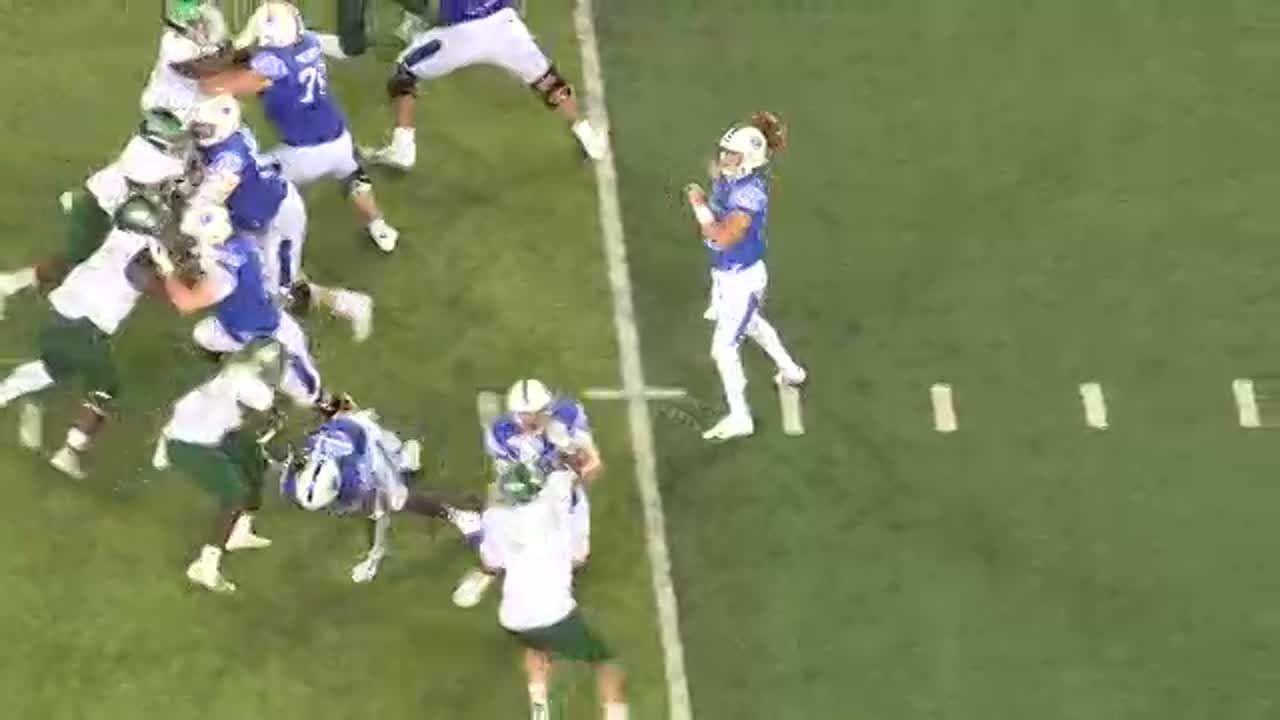 All You Need To Know About Sawyer Smith

LEXINGTON, Ky (CBS Sports and WYMT)- Sawyer Smith is no stranger to stepping in as a backup quarterback.

"He knew he was coming into a backup role, but this could happen," said Head Coach Mark Stoops. "Again he's been through it. He's had to step in and compete at Troy. "It's nothing new to him. He has a lot of confidence. This game or any game won't be too big for him."

Smith filled in last season at Troy for starter Kaleb Barker, who was lost for the year to a knee injury in the sixth game of the 2018 season. Smith went 5-2 as a starter, completing 144 of 229 passes for 1,669 yards and 14 touchdowns while also rushing for 191 yards and a score.

Smith was called into action again Saturday night when Kentucky starting quarterback Terry Wilson had to be carted off with a knee injury late in the third quarter vs. Eastern Michigan.

"They've had confidence in Sawyer and it's important Sawyer goes in there, first pass he throws is a touch down that's pretty good," Stoops said. "I told him when he came off that's a pretty good start, 1 for 1, so uh yeah I think the guys have a lot of confidence in him."

On his first pass as a Wildcat, Smith threw a jump ball down the sideline to jumbo wideout Ahmad Wagner, who came down with it and raced 54 yards for a touchdown. On his final pass of the night, Smith found Lynn Bowden in the corner of the endzone for a 2-yard score which provided the final 38-17 margin, finishing 5 of 9 passing for 76 yards and two touchdowns in his UK debut.

When official word came down Sunday that Wilson will miss the rest of the season with a torn patellar tendon, Smith will now be charged with helping lead the Wildcats to its fourth straight appearance as starting quarterback.

Despite a firm grip on the starting job at Troy, Smith opted to spend his final two seasons of eligibility in Lexington, in part because of his relationship with UK linebackers coach Jon Sumrall.

"The real connection here was Sumrall," Smith said at the start of fall camp. "He helped recruit me to Troy and he was there with me for a season and a half. The whole time I was at Troy we were real close. I think he was more excited that I was coming here than I was. He was pumped up."

Smith committed to Kentucky following an official visit to campus on May 13.

"Kentucky is not a bad place to be," Smith said. "The football program is on the up and up. We're going to be good this year. I can tell by the fire in the guys. The leaders are enthusiastic and intense. I had plenty of opportunities, but it just felt right."

Smith appeared in six games as a freshman at Troy in 2016 before redshirting the 2017 season. At Tate High School in Cantonment, Fla., he was a two-time Pensacola News Journal All-Area pick, all-state as a senior and combined to pass for 5,627 yards and 47 touchdowns his final two seasons. As a senior in 2016, Smith was rated as the No. 21 dual threat quarterback in the country by 247Sports and was committed to UCF before flipping to Troy.

"He's an accurate kid as far as the deep ball," Hinshaw said. "He was extremely accurate down the field. He's great with RPOs, which is what we do. It's a really good fit for our offense. The fact that he's been throwing deep balls out here and throwing strikes, it's exciting. Obviously, he can run the ball. He's 225, 230. His learning curve, he's an older guy. He's been through wars. He was MVP of his bowl game. So the kid understands what he's going through and the other thing too is he doesn't say a whole lot in meetings. All he does is write notes. He's learning, writes notes, asks the right questions. That's what you want out of a kid coming in who wants to go compete."

The experience of taking over as a starting quarterback after an injury isn't one Smith necessarily relishes.

"That's not what you want as a friend or competitor. Terry was having a great game, had a really good game last week and was playing well. You have to do what you have to do. You have to go out there and play," Smith said. "I learned last year that you have to get into a different mindset quickly. It's good that it happened last year because I have experience now. I have full confidence in the staff to get me ready. I have to get ready and keep it going. I think they have confidence in me to keep it going."

"I think the guys have a lot of confidence in Sawyer," Stoops said. "The guys believe in Sawyer and we're going to play to win no matter who is playing. Everybody better get that straight right now. We're sad for Terry and it stinks, but believe me, we're going back to work with the intent to win a football game next week and that's the way we're going to approach it every week."

Smith won't have to wait long for his first test with No. 8/9 Florida coming to Lexington Saturday looking for revenge following Kentucky's historic 27-16 win in The Swamp last season that snapped a 31-game losing streak in the series.