(WYMT) - For the first time this season, there were no changes in the Mountain Top Ten. Let’s take a look at how those teams did last week as well as a preview of their games for this week:

This Week: vs. Harlan County

The Golden Eagles obliterated another district opponent to move to 2-0 in Class 4A District 8. Devin Johnson ran for 93 yards and two touchdowns on both of his carries. The defense forced three turnovers including a pick-six by Cody Rice. Johnson Central has scored 40 points or more five times this season. Jim Matney’s squad now sits fourth in 4A in points per game with 44.6 PPG. Only Boyle County, Wayne County and Franklin County are averaging more.

Johnson Central is third in 4A in Ratings Percentage Index behind Boyle County and Franklin County. It will be another Class 4A District 8 date this week as Johnson Central will play their final home game of the regular season against the Black Bears.

This Week: at Lexington Christian

After being held to a season-low in points scored against Hazard, Somerset’s offense went back to clicking on all cylinders against rival Danville. The offense racked up 399 yards of total offense including 288 all-purpose yards and two total touchdowns by QB Kaiya Sheron. The junior is completing 70 percent of his passes with only two interceptions in 102 pass attempts.

The Briar Jumpers square off with the Lexington Christian Eagles in a Class 2A District 4 clash on Friday. LCA comes into this week having the best RPI in 2A while Somerset sits right behind them in second. Somerset won both matchups last year against the Eagles including a 35-31 victory in the Region Final.

The Panthers handled Phelps with ease to pick up their first district victory of the season. Quarterback Isaac McNamee threw for 203 yards and four touchdowns as all four touchdown passes were caught by different receivers. Jackson Hensley was a recipient of one of those four touchdowns on offense while returning a scoop and score on defense.

Pikeville sits in second in 1A and the state behind Kentucky Country Day in RPI. As for their next matchup, Chris McNamee’s crew meets No. 10 Hazard in a Class 1A District 7 duel at Daniel Field this Friday. Pikeville prevailed in last year’s lone contest, 33-27.

Sophomore Drew Polston had another solid outing, throwing for 208 yards and two scores. Jake Sloan, fresh off of eclipsing 300 receptions for his career, went for 112 yards on eight catches. Pulaski County sits third in the 5A RPI ratings behind Covington Catholic and Frederick Douglass.

John Hines’ team will finally take a week off before returning to action on October 25th at home against arch-nemesis Southwestern in their final Class 5A District 8 matchup.

This Week: at Jackson County

The Bobcats have had several outstanding defensive performances this season but pitched their first shutout against Garrard County. Bell County also held the Golden Lions to less than 100 yards of total offense. Senior London Stephney scored two total touchdowns while Brandon Baker ran for 73 yards and a TD.

Dudley Hilton’s team remains the only undefeated team in 3A while leading the class in RPI. Bell County’s next two contests in Class 3A District 5 are back-to-back road trips starting with Jackson County on Friday.

This Week: vs. Lawrence County

The Lawrence County Bulldogs come calling on Friday as this will be Belfry’s penultimate home game of the regular season. It will also be their next to last game in Class 3A District 8.

This Week: at Knott Central

Like Belfry, the Bobcats also decided to skip last week’s action. Breathitt County sits second in 2A in scoring behind Owensboro Catholic at 47.9 PPG while leading the class in fewest points allowed with 7.7 PPG. In fact, Kyle Moore’s team is the only team in 2A that is giving up fewer than double-digit points per game.

Charles Collins has played an instrumental role in Breathitt County’s success as the senior is fourth in class in rushing, averaging about 124 yards per game. The running back is also third in 2A in rushing touchdowns with 15 (only Shelby Valley’s Dalton Meade and Middlesboro’s Jabari Kyle have more).

The Bobcats check in with the eighth-best RPI this week in class. Breathitt County finishes the road portion of their regular season schedule this Friday at Knott Central in a Class 2A District 7 scuffle.

This Week: at Lincoln County

Corbin’s season has been a pattern so far. The Redhounds started out winning their first two games, then losing their next two before getting two more wins. Justin Haddix’s team produced a season-high 420 yards of total offense against the Panthers to move to 1-0 in district play. QB Cameron Combs completed 75 percent of his passes while throwing for 162 yards and a TD. The sophomore signal-caller also scored twice on the ground. Senior Nick Yeager gained 129 yards on the ground and got into the end zone once.

The Redhounds come into this week with the eighth highest RPI in Class 4A. Corbin plays their final away game of the regular season this week. The Redhounds travel to Lincoln County to go head-to-head against the Patriots in a Class 4A District 7 tilt.

This Week: vs. Betsy Layne

The Tigers could do no wrong last time out as the offense tallied its greatest point total in a game this season, while the defense put up their first goose-egg. Jake Hyden was back on the field for Paintsville and did not miss a beat. The junior quarterback threw for 239 yards and four touchdowns. The defense forced a season-high six turnovers including four interceptions against Fairview.

Paintsville comes into this week with the third-best RPI in Class 1A. Joe Chirico’s squad finishes the regular season with three consecutive home games including this Friday’s Class 1A District 6 contest against Betsy Layne.

This Week: vs. No. 3 Pikeville

The Bulldogs were slotted into the win column last week without taking the field and picked up their first win inside the district. Junior Garrett Miller is seventh in passing in 1A as the quarterback is throwing for 162 yards per game. Senior Reece Fletcher is third in class in tackles per game with 11.7, while senior Matthew Couch sits in a six-way tie for fourth-most sacks with four.

Mark Dixon’s team has the eighth-best RPI in 1A and has the fourth-highest RPI among “Mountain Teams” in class. The Bulldogs will play their third game in a row at home on Friday against district rival and third-ranked Pikeville in a Class 1A District 7 battle. Hazard will be looking for their first victory against the Panthers in just over two years. 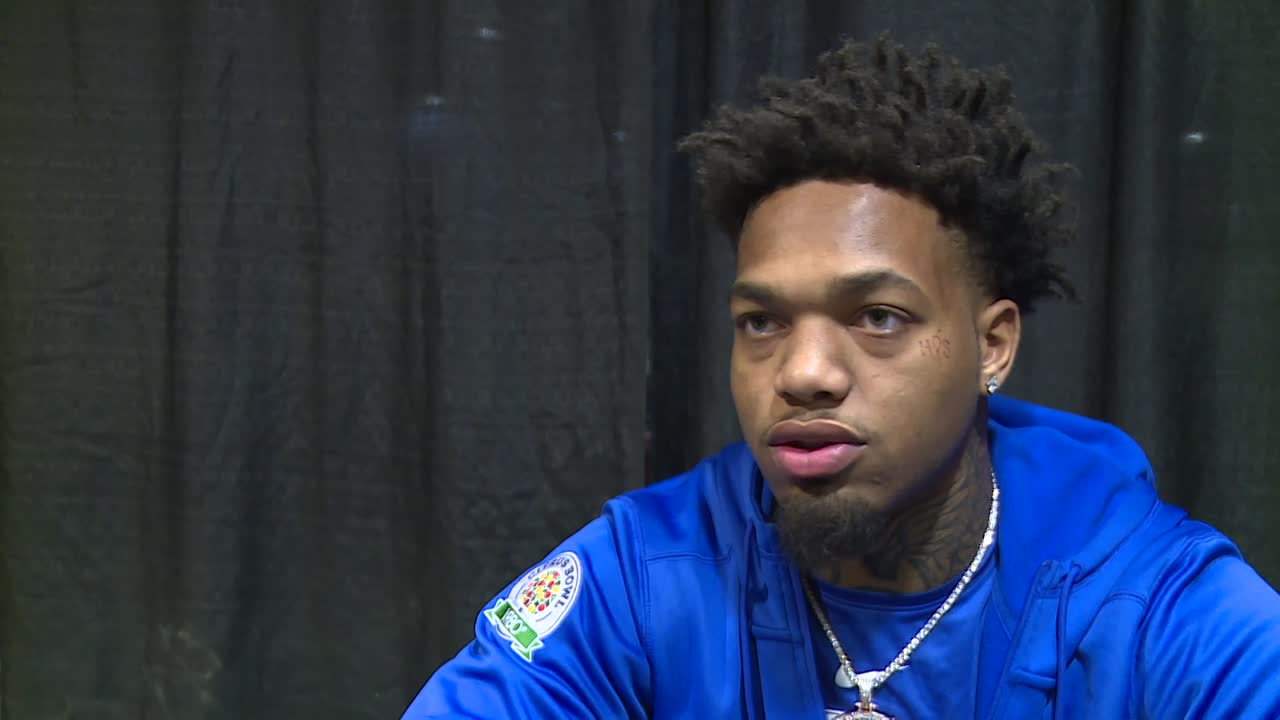 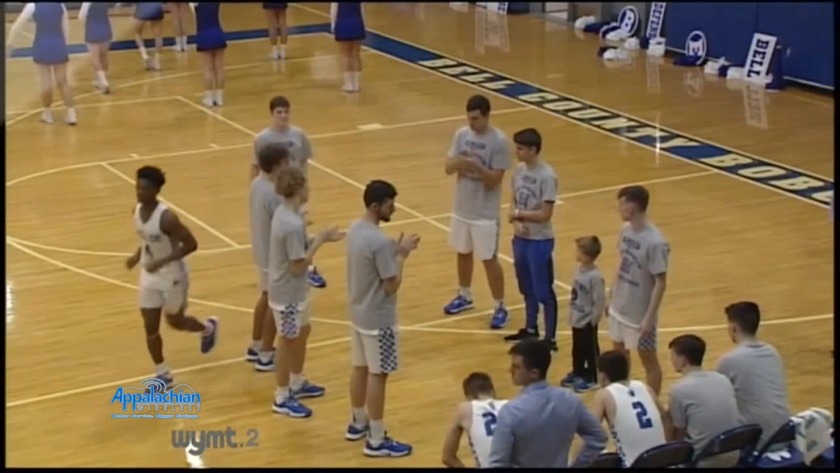 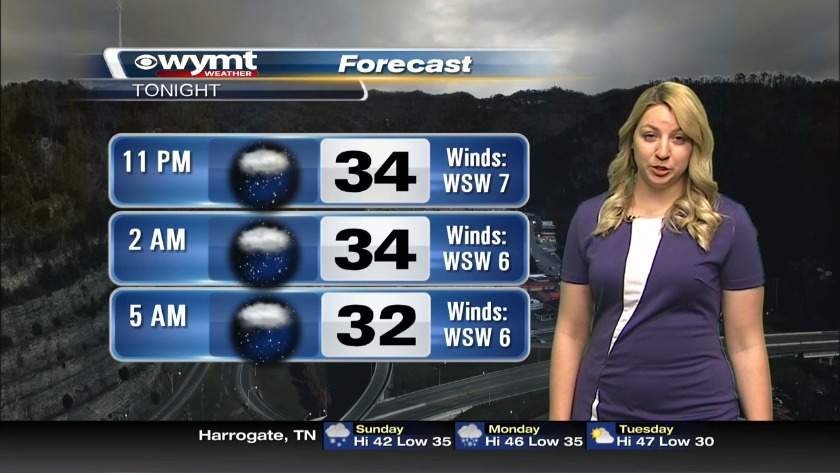