A switch to Twitch: Pineville's Jon North takes his broadcasting skills to another platform 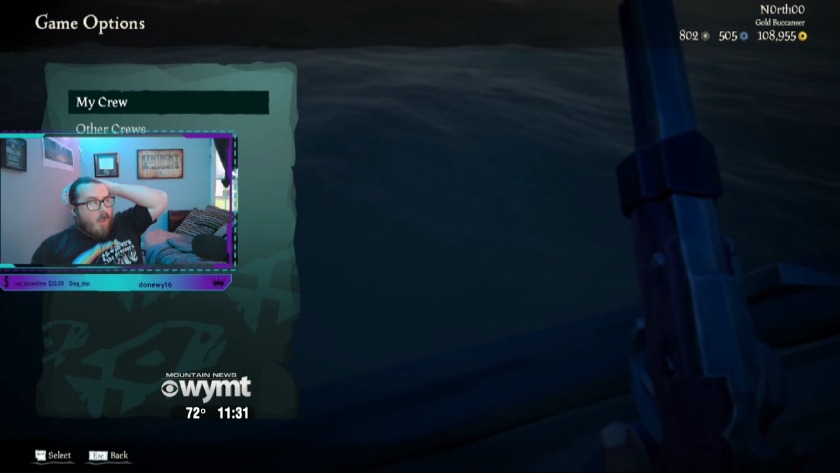 PINEVILLE, Ky. (WYMT) - Jon North, similar to many Kentucky kids, heard the calls of a legend.

"Growing up in the mountains, you have less access, when I was growing up, to internet," North said. "So I grew up listening to Tom Leach."

But North took those calls as his own calling.

"Once I got into college I got a work-study through the Bulldog Sports Network," North continued. "My first play-by-play gig on my own was at Barbourville High School. I just hopped on, on a whim because it was an emergency. As they say, the rest was history."

"It's really special to me, and it was a bucket list item for me - that I wanted to call a game for WYMT," North said. "I didn't know it was gonna lead to getting to call the Mountain Classic."

But with no sports right now, the Pineville teacher turned to another platform.

"My first introduction to streaming video games, Drake was on with Ninja, who plays a lot of Fortnite."

One thing led to another for North, and now he hosts his own stream. However, the worlds of sports and streaming aren't as different as you think.

"With video games, you have to have a certain competitiveness to wanna do that or to wanna tune in, and it's the same as watching sports."

As North can connect with different streamers and even his own students.

"That kinda got me into the whole streaming aspect of 'Hey this is fun because there's a sense of community here,'" North said.

"If I can do it through video games or you know if I can do it through streaming and they still see that I'm the same person, I feel like that's something they can take away that I don't have to act a certain way when I'm on camera. I can just be me," North continued on interacting with his students.

You can catch any of North's Twitch streams at twitch.tv/jnorth00

Senior Spotlight: Hailey Smith submits her name as one of Wolfe County’s finest

Senior Spotlight: Hailey Smith submits her name as one of Wolfe County’s finest