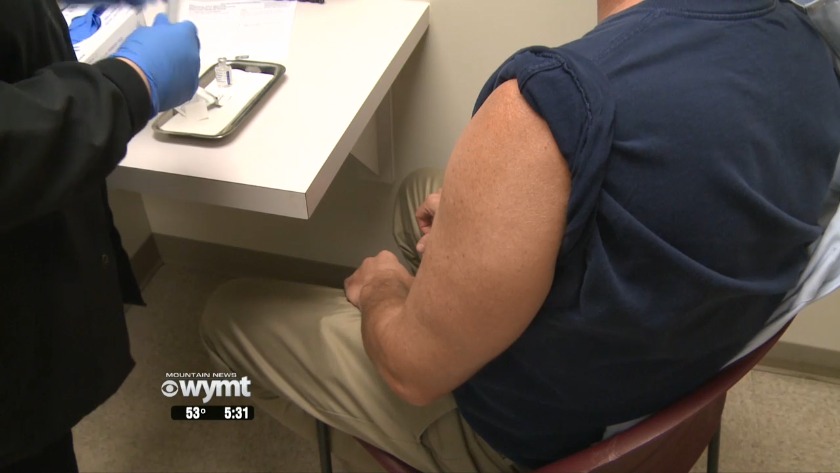 WHITLEY COUNTY, Ky. (WYMT) - There continues to be an outbreak of hepatitis A in some places and one southern Kentucky county has seen numerous cases. State officials say the cases of hepatitis A are well over the 10-year average, and pharmacies are struggling to keep up with the demand for vaccines.

There are 99 reported cases of hepatitis A in Whitley County alone, more than double the cases of surrounding counties. Local health officials are now working with the Centers for Disease Control on dealing with the outbreak.

Rick Loudermelt at Whitley Pharmacy in Williamsburg says they have given out numerous vaccines since May of this year. He says it's been hard to keep up with the demand, administering between 15 and 20 a week.

"Yeah and I don't know why it is so widespread right now, all of a sudden. Wish I knew the answer to that but it is pretty bad right now," said Loudermelt. "I think since May our vaccinations have really shot up. We have done so many, it's been hard to keep up with the vaccine."

James Hamblin went to Whitley Pharmacy Thursday to get himself vaccinated.

Health officials say those primarily at risk are the homeless and those involved in illicit drug use. Police say they are also more vigilant when it comes to protecting themselves by wearing gloves and taking advantage of immunization programs themselves.

"Troopers and police officers have to use extreme caution when dealing with anybody. Because we just don't know their background or history. Medical condition or diseases. We use every precaution," said Kentucky State Police Trooper Lloyd Cochran.

Other than getting the vaccine, health officials say the best way to prevent the spread of Hepatitis A is by washing your hands.

Whitley County officials say they are also offering the vaccines to any county employee that wants to receive it.