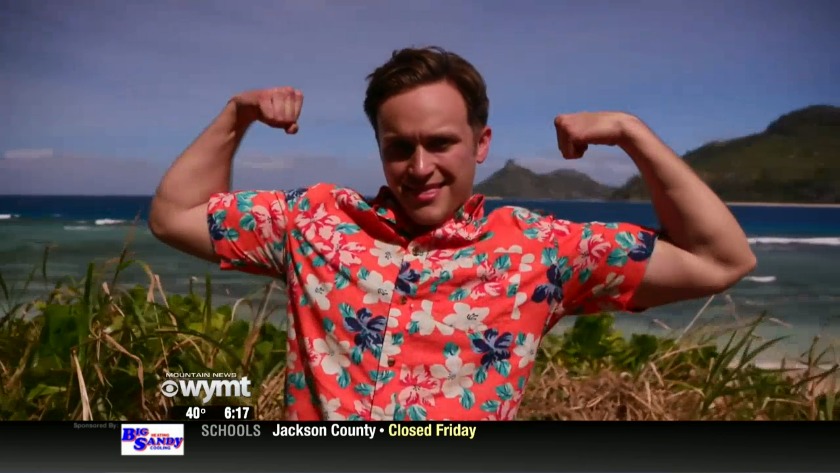 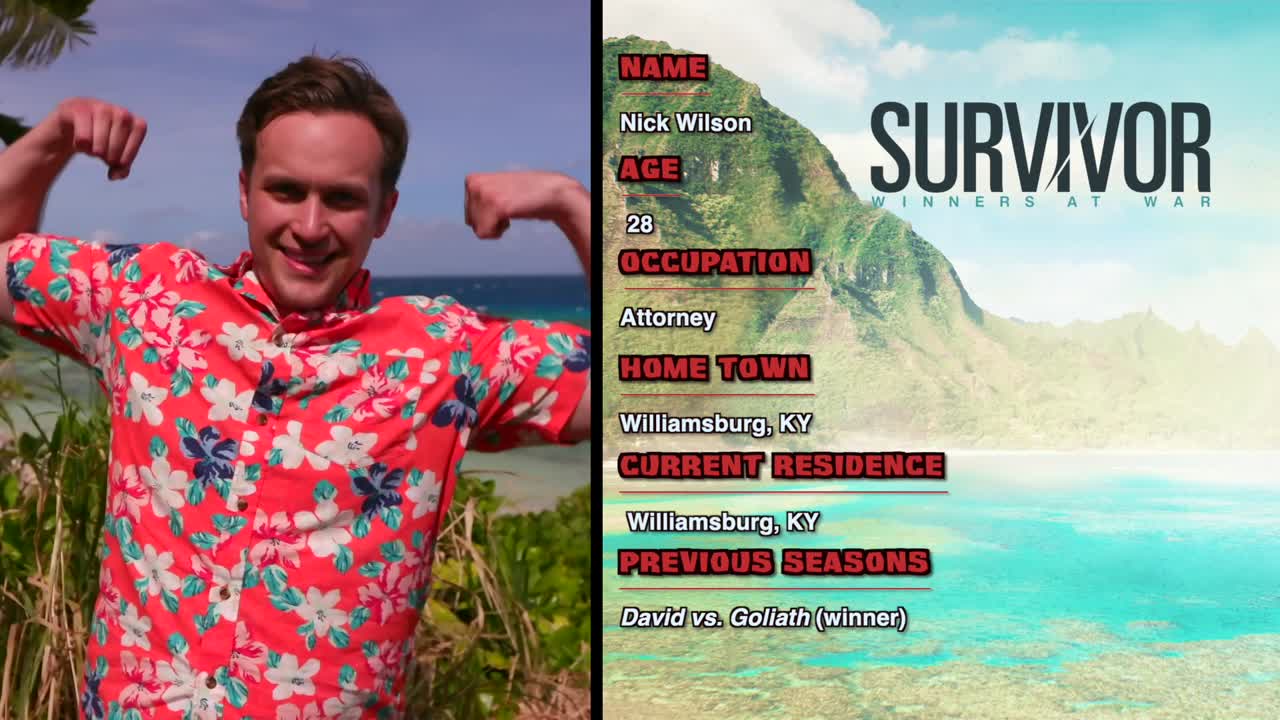 (WYMT) - CBS announced Wednesday that 20 legendary winners of Emmy Award-winning TV series Survivor will compete against each other in the 40th season of the show.

The premiere of 'Survivor: Winners at War' will air Wednesday, February 12 at 8 p.m. on WYMT. (Nick Wilson // CBS)

A familiar face will be among the returning champions - Whitley County native Nick Wilson - who won the 'David vs. Goliath' season in 2018.

"I feel like in a season like this, all bets are off," Wilson said in the teaser trailer. "I always wanted to come back I just never realized it would be so soon."

Wilson says he was able to fly under the radar in the season he won but, he knows this season is a completely different game.

"I hope I can kind of slide back in that role I had on David versus Goliath where I'm a lot of people's friend and people lean on me and trust me in order to get these bigger targets out," said Wilson.

Host Jeff Probst says Nick uses his Kentucky ties to lul people into a false sense of security but, his trade of being a lawyer is how he wins games.

"Nick's subtle and Nick gets overlooked and he plays that twang up and he makes you think he's this boy from Kentucky he don't know much but meanwhile he's a lawyer he knows a lot," said Probst.

The premiere of 'Survivor: Winners at War' will air Wednesday, February 12 at 8 p.m. on WYMT. A special retrospective episode, 'Survivor at 40: Greatest Moments and Players', will air on February 5 at 8 p.m. on WYMT, and will include a sneak peek at the upcoming season.