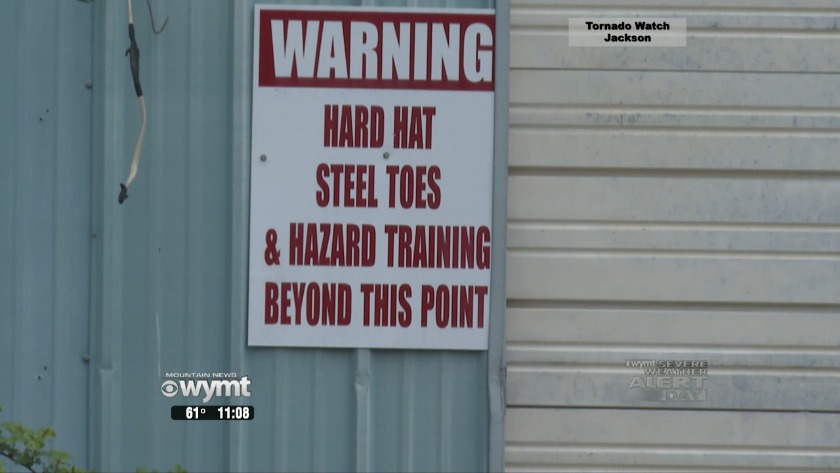 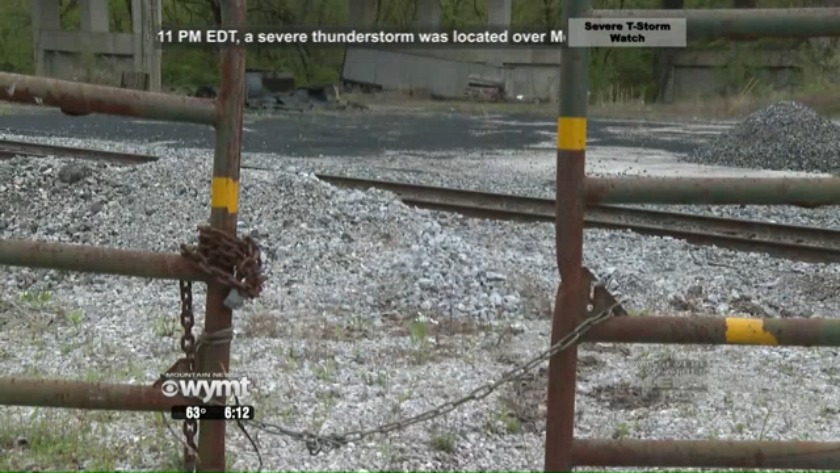 Ky. (WYMT) - Coal mining in Kentucky has a centuries-old history, it is ingrained into many of the lives of people across the state as well as other states in the Appalachian region.

Part of an abandoned coal tipple in Jeff, Ky.

"Mining is so important to our area," said Kristin Collett.

Collett's husband works third shift at a Blackhawk Mine in Leslie County. Her husband Kenny has worked in the mines since he was about 20 years old, he's now 49.

Coal mining puts food on the table for the family. Its history runs deep in the family. Kristin's father was also a coal miner for many years.

About three weeks ago, the men were furloughed for two weeks amid the COVID-19 outbreak. They returned to work at the beginning of this week.

Homeland Security says coal mining is an essential business. On their website identifying "critical infrastructure workers," it says "workers supporting the energy sector, regardless of the energy source" count as essential.

"The first night he went back to work I didn't sleep," said Kristin. "I feel like it's a risk for all of our miners to be going back to work right now."

She and other miners and their families are worried about the coronavirus getting into the mines.

During normal flu season, Collett says if one man gets sick, it spreads incredibly quickly from miner to miner underground. There are a couple of factors that go into why a virus spreads so rapidly.

"If one of them gets sick, due to the very nature of the mines it gets passed around to man to man to man," Collett added.

The second reason is that the machinery is not usually sanitized. If anything it's washed, but not thoroughly.

One of the biggest factors though is the airflow underground.

"You know a lot of miners are always gonna be down wind of other miners that they're working with in close proximity," said Wes Addington.

Addington is the executive director of the Appalachian Citizen's Law Center in Whitesburg.

"I'm really concerned that without proper protection, there's a huge risk of spreading the disease in an underground coal mine," he added.

The center focuses on helping miners get their black lung benefits  (which is a challenge of its own with the fund's debt being nearly $1 billion).

But why are people like Collett so worried about their husbands amid COVID-19? It's because many of the men already have compromised respiratory systems. For example, Collett's husband uses a CPAP machine and has a cough constantly.

"Just inherently they have lung problems. My father was a coal miner for years and he has black lung, COPD," she said. "Our concern is that if these miners get it, that their odds of recovering are less than most other people their age would be."

The latest CDC data shows that roughly one in five miners, or 20 percent of all miners, in Central Appalachia have black lung who have worked in the mines for about 25 years.

"Whether it's been diagnosed or not, I mean we've known that over the past couple decades the mines have been getting an increasing burden of dust while they're working," he added.

Those numbers for Central Appalachia are far higher than anywhere else in the U.S.

So, I've spent the past 24+ hours talking with a handful of miners and their families. I'm not going to name specific mines or counties, but let me tell you, these folks are scared.

It's kind of sobering to hear. Here’s a thread of what I’ve been told.

Collett says she is in no way putting down the company her husband works for, she knows this is a story many miners across the country are seeing right now.

She added that the mine her husband works at has added extra trips in underground so that the miners can be further apart, and have added sanitizer to some machines to disinfect areas. The men were also screened on their first day back.

One man even brought some cloth masks from home so that the miners could cover their faces amid a time when N95 masks are in high demand.

"They're trying their best to operate where it's been designated an essential company," she said. "Even under best circumstances if you follow all the guidelines to the letter there's still a high risk of exposure in the mines, especially then there are staying home and staying safe."

Collett's worry is that if one man in the mine brings it in unknowingly, it will spread quickly in the mine and take a much more serious toll on the men in the mine.