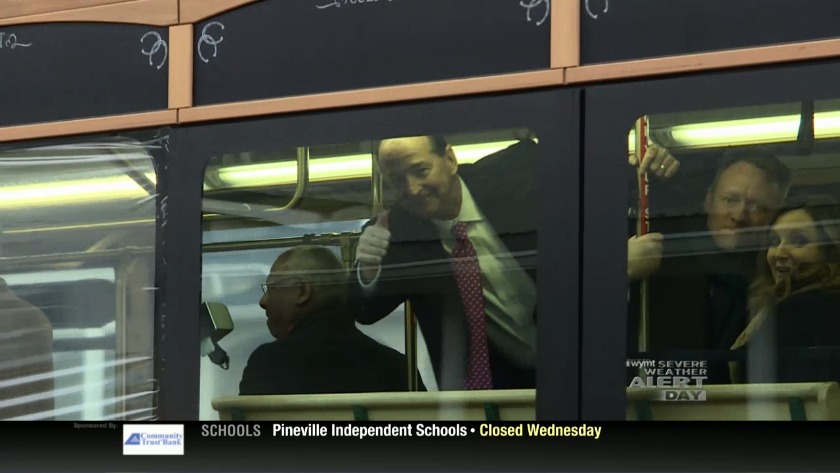 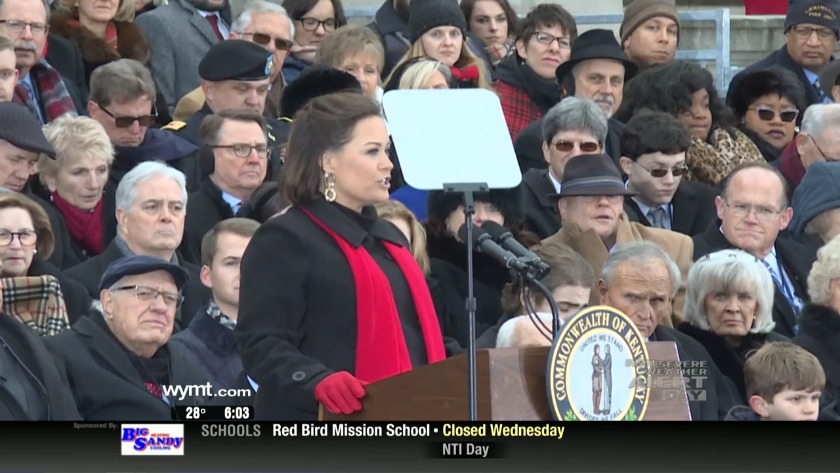 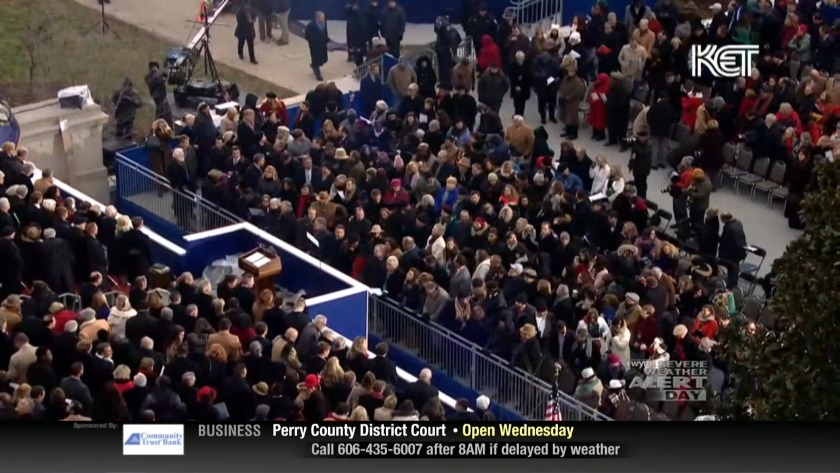 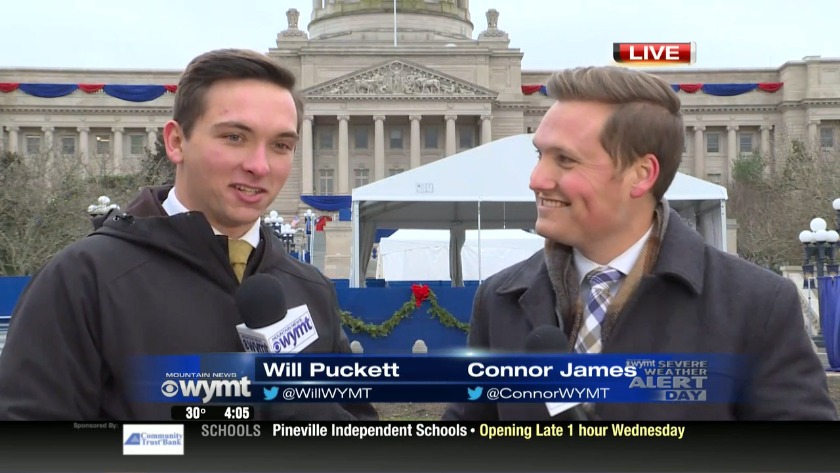 FRANKFORT, Ky. (WYMT/AP/WKYT) - Democrats Andy Beshear and Jacqueline Coleman were sworn in as Kentucky's governor and lieutenant governor during a private ceremony just after midnight in the Governor's Mansion.

Beshear, 42, follows in the footsteps of his father, Steve Beshear, whose two terms as governor preceded the single four-year term of Republican Gov. Matt Bevin. They are the first father-son duo to serve as governors in Kentucky history.

The day's celebration included, for the first time, a state Capitol open house following the public swearing-in on the Capitol steps at 2 p.m. The ceremony was led by Kentucky educators, and the Harlan Boys Choir was among the performers.

At 8:30 a.m., an Inaugural Worship Service was held at First Christian Church in Frankfort. You can watch the Facebook Live of the service below.

Governor Beshear and Lt. Gov. Coleman showed up to an excited group of educators marching in the inaugural parade. Beshear then hopped into a horse-drawn carriage to ride with his family, who were all smiles.

Governor Andy Beshear shows up to an excited group of educators marching in the inaugural parade. pic.twitter.com/KfK9ym0rCD

The new Governor Andy Beshear and his family are all smiles as they ride in today's inaugural parade. pic.twitter.com/8zMGScWWd5

Despite temperatures dropping 20-plus degrees, hundreds of band members and local leaders from Southeastern Kentucky were in the parade, including the Floyd Central High School marching band, the Knox County Army JROTC and the Challenge Academy.

"Collected the ski suits, we all have ski suits on," said Mary Jane Abbott, who was watching the parade with her 12-year-old grandkid Issah. "Layers, then we found a place, parked by the library and tricked it on over here by 8:00."

Paintsville native Christine Caruso and her classmated braved the weather for hours to watch.

"I really wanted to go see the new governor and all that stuff," Caruso said. "I can't tolerate cold! I can't! Once I get cold, I stay cold."

The grand marshals leading the parade were techers from across Kentucky, decked out in red. One educator from Lawrence County said it was quite the privilege.

"Well I'm so, just so excited. It's an honor, you know, we had a rough couple of years and we were down here for other purposes. Now we're here to celebrate something good," said David Prince. "When I woke up this morning there was just, like, a weight has been lifted off my shoulders and I think that's going to show in the next four years."

The public swearing-in ceremony started around 2 p.m. on the state Capitol Steps. The inaugural address of the 63rd governor of the Commonwealth of Kentucky lasted more than 20 minutes. Beshear's speech, which was five pages long, outlined his administration plans for Kentucky and talked about how Kentucky works best when we all come together.

Beshear touted the importance behind bipartisanship and mentioned one of his first acts as governor-elect to show it.

"As one of my first acts as governor-elect, I traveled to Clay County with Senate President Stivers, Senator McConnell and Attorney General-elect Daniel Cameron," Beshear said. "Together we opened a drug treatment facility. Numerous members of the Clay County community attended. Some of the best conversations I had that day started with people telling me they didn't vote for me, but now they were filled with hope, excited and now they are ready to work with me. That they have hope."

Beshear also made it a point to show that his faith is strong, and when he said that he received his loudest applause of the afternoon.

"My faith teaches me to treat others with dignity and respect. My faith also teaches forgiveness. That's why on Thursday, I will sign an executive order restoring voting rights to over a hundred thousand men and women who have done wrong in the past but are doing right now," he promised.

Kentuckians are gathered on the state Capitol Steps in anticipation of Gov. Andy Beshear and Lt. Gov. Jacqueline Coleman's public swearing-in ceremony, which is starting in just minutes. pic.twitter.com/OXA7rYpljt

Following the swearing-in ceremony, the doors of the Capitol were opened to the people of Kentucky.

Sister station WKYT reports many came for an up-close and personal look at the new governor.

"Last time I was here they locked the doors on us. They wouldn't let us in, so now the public will know they can come here and be welcomed," said one Kentuckian.

The Capitol was open to the public for the Grand March and Inaugural Balls.

"It's a wonderful night to be here and celebrate because we know everything is going to be good! You know this is open to everyone and it is such a wonderful historic event so everyone should come," said Lisa Haydon Springfiled.

For a schedule of events, parking maps, and other information, click here.

Beshear and Coleman's complete inaugural addresses are attached below. (If viewing on a mobile app, click the link to view additional content in a web browser.)

Family: "A great day of rest" as Bam Carney recovers from surgery

Flu cases in Kentucky drop for first time in 6 weeks

Family: "A great day of rest" as Bam Carney recovers from surgery

Flu cases in Kentucky drop for first time in 6 weeks