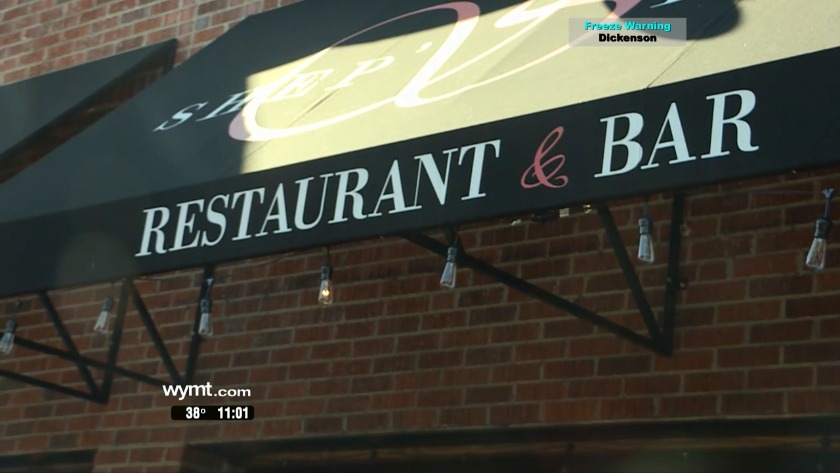 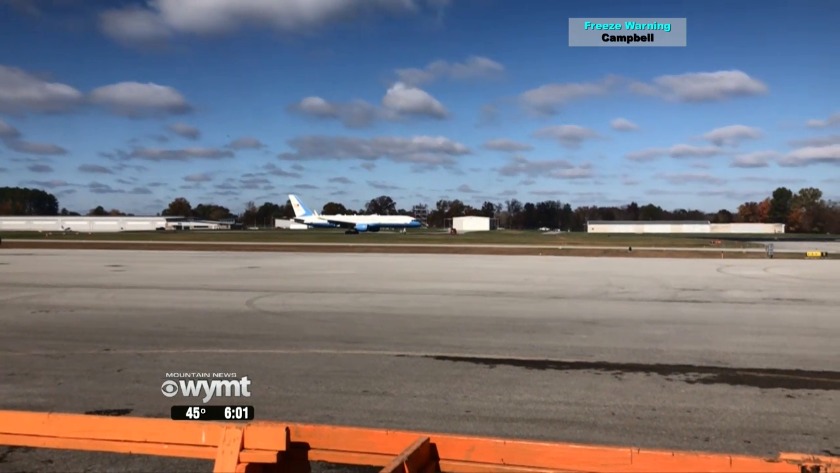 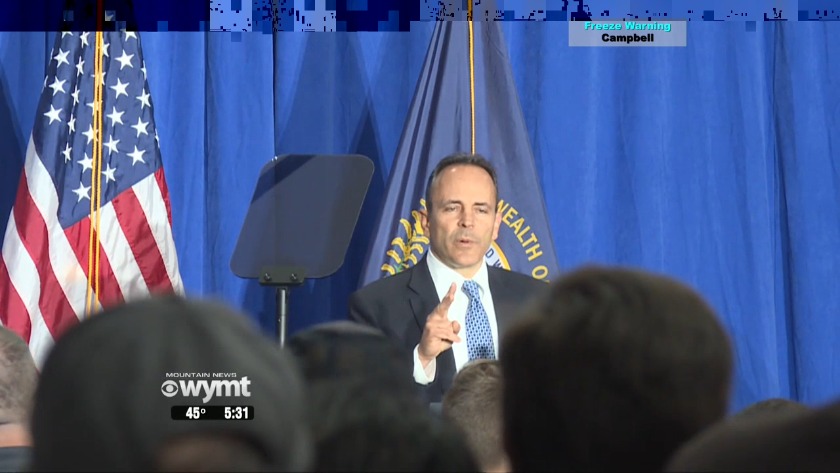 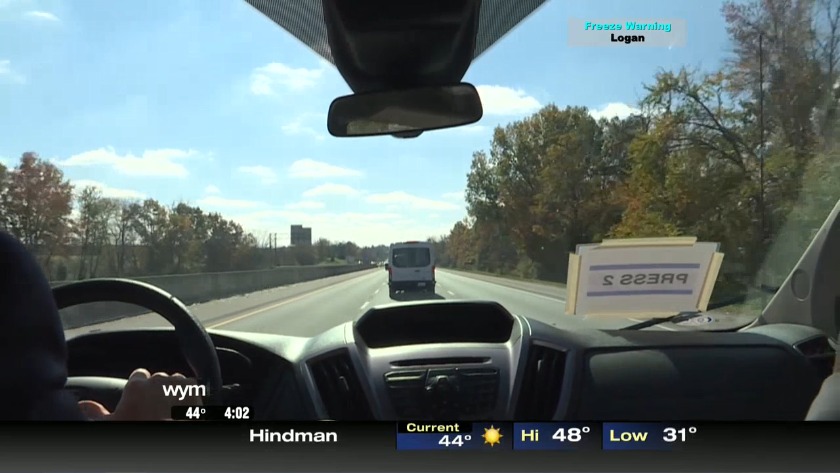 The Vice President, along with Governor Matt Bevin, Congressman Hal Rogers and others on the Kentucky GOP ticket, landed at the London-Corbin Airport around noon. Vice President Pence and Bevin walked off Air Force Two to greet the crowd of supporters waiting for them.

"I'm feeling excited about the way this place is turning out, and the excitement and all the fifth district, really," said Tom Handy.

"Actually what I was hoping for the most is to get up front, get close and actually get to speak to him and shake his hand," said Dreama Wright, who did not leave disappointed. "My favorite moment was when Vice President Pence asked to get a picture with me with my shirt that I have on today."

Brian McQueen brought his son with him, hoping for a memorable moment.

"I thought we were always too small to have something like this," Brian said.

Eight-grader Brison McQueen said he now has a story to take back and share with his class.

"I got to shake his hand and see Bevin. Their planes and cars and stuff. It's pretty cool," Brison said.

First, the group went to Shep's Place in Corbin to meet with some of Bevin's supporters.

Shep's Place in Corbin is packed wall-to-wall for a meet-and-greet with Vice President Pence and Governor Bevin >> https://t.co/X8ucRSYfbD pic.twitter.com/mnFRA3Y1ZL

Shep's Place in Corbin is full of people ready to meet the Vice President and the governor. >> https://t.co/wYZ2xLGJds pic.twitter.com/tAs4PPNpC0

From there, they went to a first responders roundtable at the Williamsburg Tourism and Convention Center.

The day ended with the 5th District Rally and Fish Fry at the Laurel-London Optimist Club in London at 3:30 p.m.

"It was a good event. We need to get people out and vote, that's the biggest thing we need is people out to vote, you know, and push this agenda," said William Stivers from Clay County. "You know, Republican agenda and, you know, give Bevin four more years."

"Both Matt Bevin and his wife and Vice President Pence and Karen and they signed my shirts. I had already met Donald Trump so this adds to my collection," said Tammy Pickett.

"Today is about celebrating. Celebrating a great record of Governor Matt Bevin and a partnership with President Trump and our entire administration. That's creating momentum in this economic, momentum in this energy economy in this state," said Vice President Pence in a one-on-one interview with WYMT's reporters. "We could not be more proud and I've been a governor, to see how this governor has rolled back red tape, cut taxes, roll back taxes and state revenue numbers are setting records in Kentucky and the Kentucky economy is still growing."

People are already filing in at the Laurel-London Optimist Club in anticipation of Vice President Pence's arrival >> https://t.co/QeTqf8rLB0 pic.twitter.com/MytSKdDmdd

@WillWYMT and @ConnorWYMT will have more from a one-on-one conversation with Vice President Mike Pence and Governor Matt Bevin tonight as the two traveled along I-75, making stops in Corbin, Williamsburg, and London. pic.twitter.com/Rsk6FbwqX9

"Governor Matt Bevin partnering with President Donald Trump has Kentucky booming," said Vice President Pence. "I just couldn't be more honored to be traveling across Kentucky today with a man who has done a great job. A great job for Kentucky the last four years, and we know, we know the people of Kentucky are going to stand and we are going to stand with him to get him four more years at the statehouse."

"This from a guy who was our neighbor, who was eating a lot of our lunch here in Indiana. We are making it harder for them and we are competing a lot harder with them," said Bevin. "This is just creating a lot of hope and excitement for them and again when the Vice President and the President show up in Kentucky, people are excited."

Bevin's team said this trip was the first part of a two-day Eastern Kentucky bus tour. Bevin started Friday with an early morning stop in Somerset.

Planned stops for the GOP campaign on Saturday have not been announced yet. Election Day is Tuesday and the polls open from 6 a.m. to 6 p.m.

Vice President Pence is not the only national leader to visit Kentucky in the days before the election. President Donald Trump will be in Lexington on Monday for a Keep America Great rally, though he is expected to take advantage of the timing to campaign for Bevin as well.

We are at the London Corbin Airport getting ready for the Vice Presidents visit. pic.twitter.com/OaKIV1HhzT

This is @WillWYMT and @ConnorWYMT view from inside the motorcade with the Vice President and Governor. pic.twitter.com/sLD53d1QnL