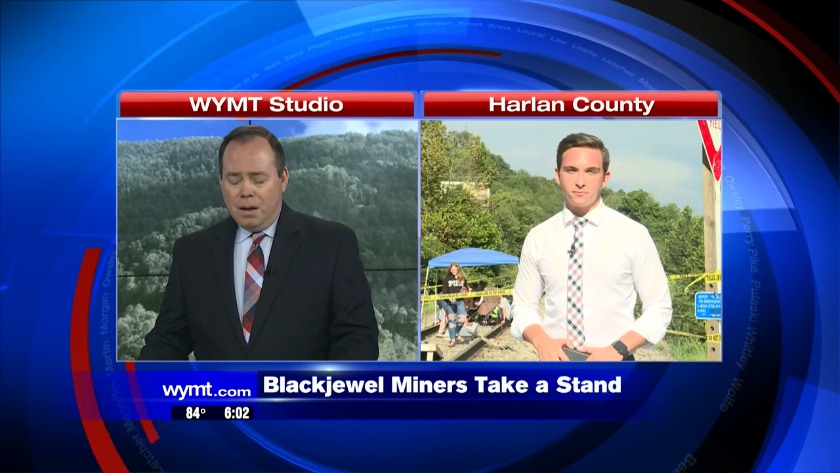 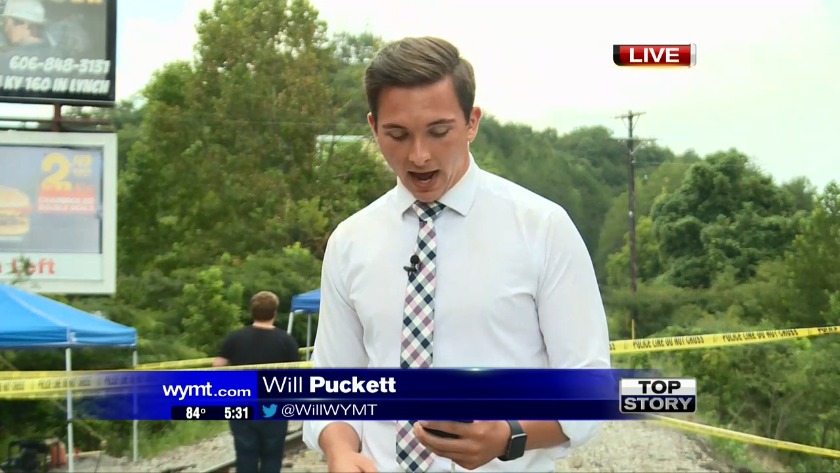 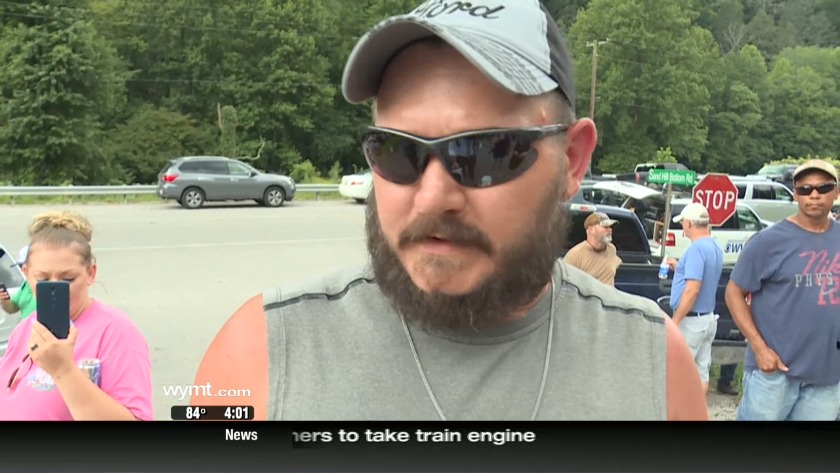 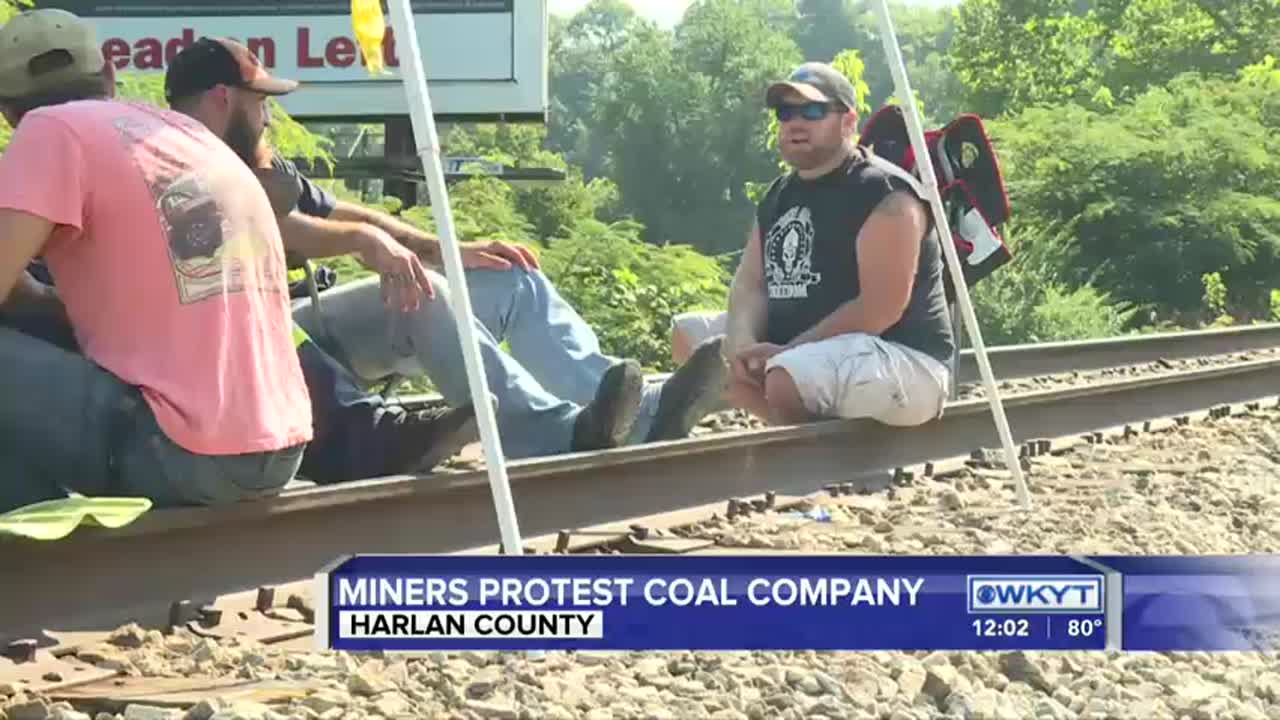 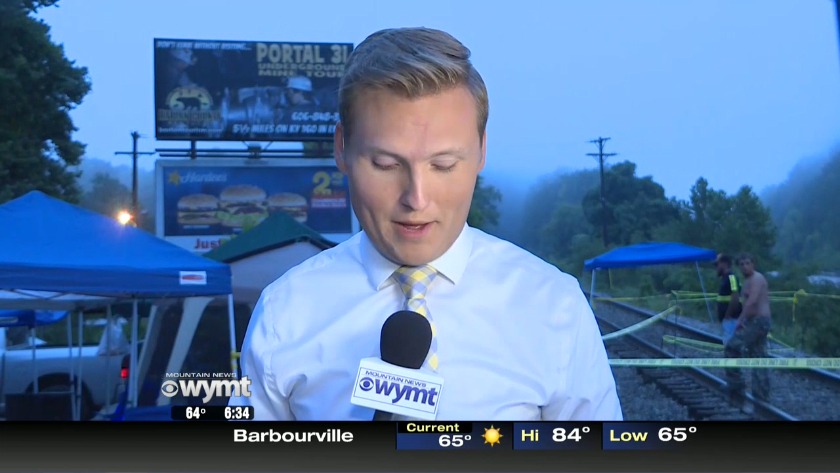 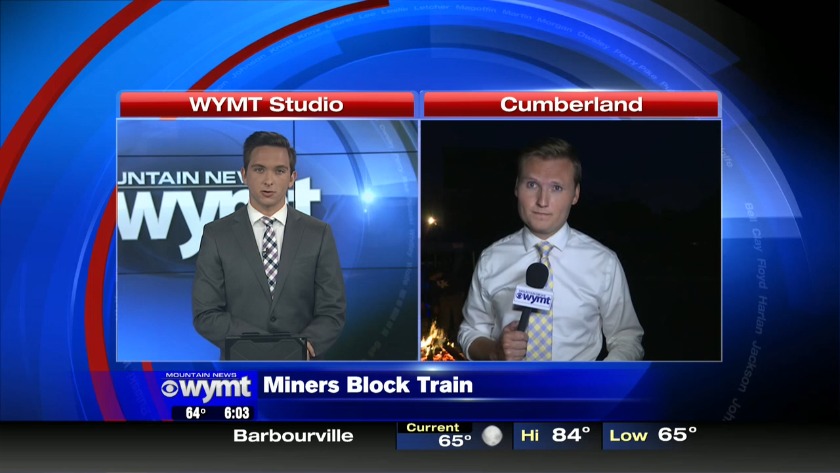 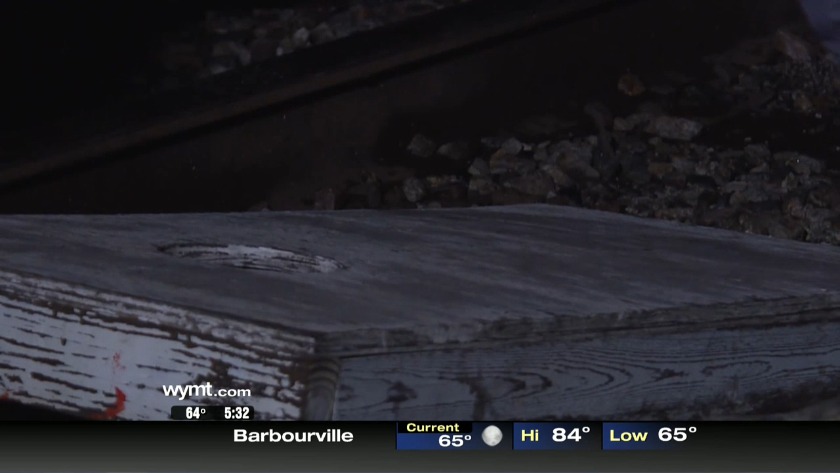 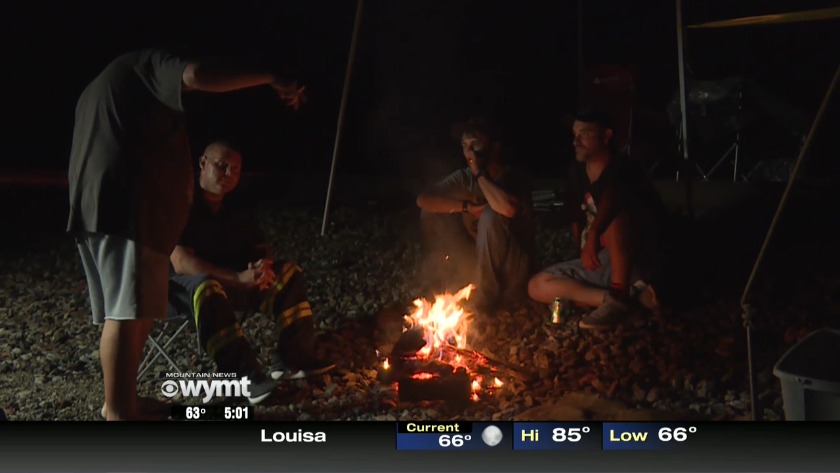 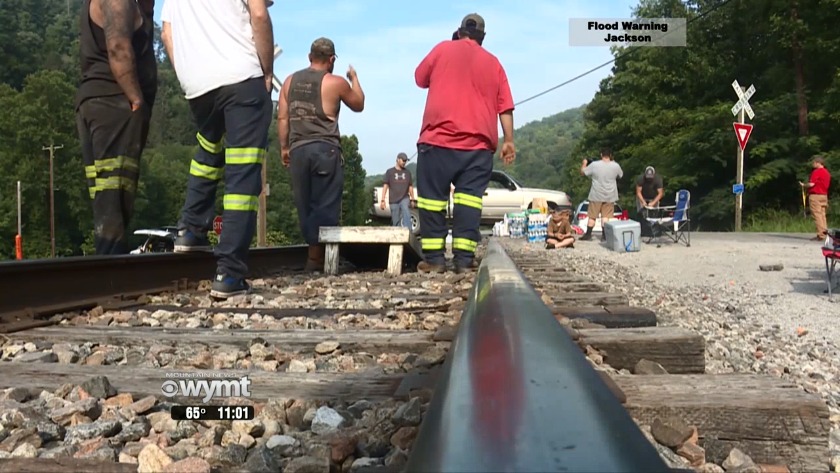 They said it does not matter that the men in Harlan County are not union workers. Coal mining is a brotherhood, they said, and the fact that these men have gone a month without paychecks should not sit well with anyone.

"It bothered us when we first heard about it. That these people, our brothers and sisters down here, and they go to work and do the job they're supposed to do. To do the work they're supposed to do and not get paid for it, it's just an injustice that's being done here," said James Gibbs, international organizer director and vice president at large.

Gibbs said some of the men here approached them about joining the union and vowed the UMWA will help these men in any way they can.

WYMT learned that the Kentucky mines were up for bid and bidding ended Wednesday. We are waiting to hear if any bids were placed on the mines and what that could mean for miners out of work.

A hearing in the Blackjewel bankruptcy case was scheduled for Saturday but is now pushed back until Monday. Officials are trying to figure out how to bus miners to that hearing in Charleston, Virginia.

The protesting miners came to an agreement with CSX officials to move the engine but leave the train cars loaded with coal.

"They came up to talk to us about letting their engines go and come out without the coal. We're not about keeping CSX or anybody from doing their job we're here because of the coal and they're going to leave the coal where it's at and bring the trains out, their locomotives," said Chris Rowe, one of the miners.

Some people cheered as the horn blared and the train engine chugged away. About 100 rail cars are still sitting on the tracks, and the coal is worth about $1 million.

The miners said this does not change anything because the coal is still there. The question remains: when will Blackjewel come to a compromise with the miners?

1:00 p.m. Update 7-31-19
Blackjewel miners have endured the sun, the rain and even a close call with black bears Tuesday night.

The miners said they are steeling themselves to spend a third day on the railroad tracks as they block a train hauling coal from leaving Cloverlick Mine #3.

"This is my third day of not sleeping, and we've been here since the beginning. We were one of the original six. He is one of them too," Austin Watts gestured to a man sitting beside him. "Our Red Bull is getting low so our strength's getting a little low, but the prayers are getting more so we are still high in spirits."

More protesters are expected to show up Wednesday. The miners appreciate the extensive coverage they have received, but still have no word on if or when they will get their money.

Attorney General candidate Greg Stumbo said he plans to join the miners in Harlan County Thursday around noon, saying supporting the miners is of 'utmost importance' to him.

5 a.m. Update 7-31-19
As we enter day 3 of the Blackjewel mining protests, those involved are stressing that they want things to stay peaceful.

"This is what we're trying to do, we're trying to let people know 'hey, we're not here to hurt anybody, cause no trouble. We've been peaceful and we just want our money, that's all we want, we just want the money that we worked for. We're not expecting our jobs back. We're not gonna try and sit here and fool nobody," said Jeffrey Willig, a miner who has been at the protest since the beginning.

WYMT's Connor James reports the overnight crowd of miners and their families just outside Cumberland more than tripled in size from the numbers they had Monday night.

The protesters say they have more food than they know what to do with and thank the community for their support.

"We've got enough pizzas to feed probably the whole city of Harlan and uh there's still more coming and it's wonderful to see how much our community really sees that what we're trying to do is right. And all we want to do is get our money, that's it," said Austin Watts, who has also been at the protest since Monday afternoon.

We have learned the bankruptcy hearing that was originally scheduled for Wednesday in Charleston, West Virginia is now scheduled for Saturday.

11 p.m. Update 7-30-19
It has been more than 30 hours since the Blackjewel coal miners started their protest on the train tracks along US-119 in Harlan County. On July 1, many of the men found out they did not have a job, and have yet to be paid for weeks’ worth of work.

They are making sure a train loaded with coal that they mined at the Cloverlick #3 Mine in Cumberland does not get through. Many of the miners who worked at the mine said they worked to get the coal, and they have yet to be paid for it. The miners have a clear message: they will not move until they are paid.

Despite rainfall, hot temperatures and little sleep, the miners and their families say they will not move.

“You can take a look around at these guys they’re not thugs. They aren’t here to cause problems they want answers and they’re going to get them,” said Cumberland Mayor Charles Raleigh.

This fight is personal to Raleigh, his brother and son are both Blackjewel coal miners. Raleigh’s son just got married, and on his honeymoon, his check from Blackjewel bounced.

“The doors have been slammed closed and they forget about,” said Raleigh. “He had actually cashed his check before he left only to come back to find out that he’s $1,900 overdrawn. The bank calls him every day wanting to know hey ‘where’s our money?’”

Others like miner Quincy Adams have started to look for other jobs.

“The way it’s looking right now we’re not going to have a good resolution so I have to look at my other options,” said Adams.

Adams is not alone, he and hundreds of others are going through the same struggles.

“Right now we have 400 men in Harlan County that are looking for a job and there’s not enough coal companies here or coal mines open in order to do that,” Adams added.

Until they get answers, they will be sitting on the railroad tracks together, some describe it as a brotherhood.

“I actually cried when I got here just seeing the love from everybody,” said Christie Salyer who is a wife of a miner.

They plan on sticking together as a family. While the miners say they are tired, they are stating positive and say they do not want trouble, just payment.

You can see our coverage of the first two days of the protest here.