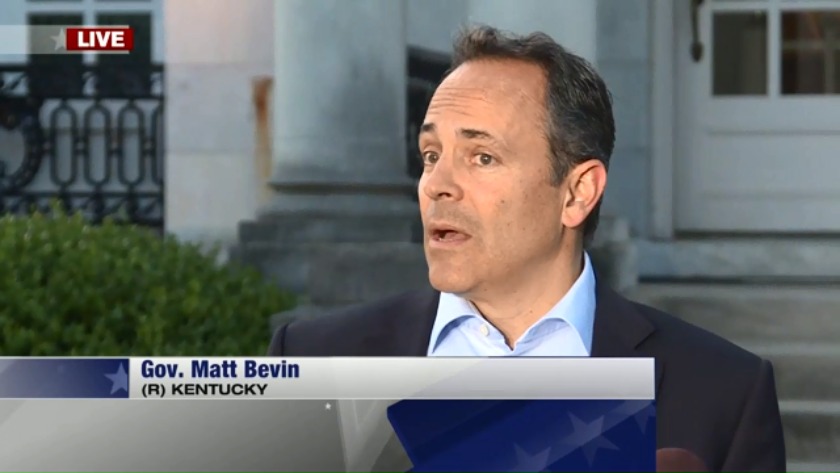 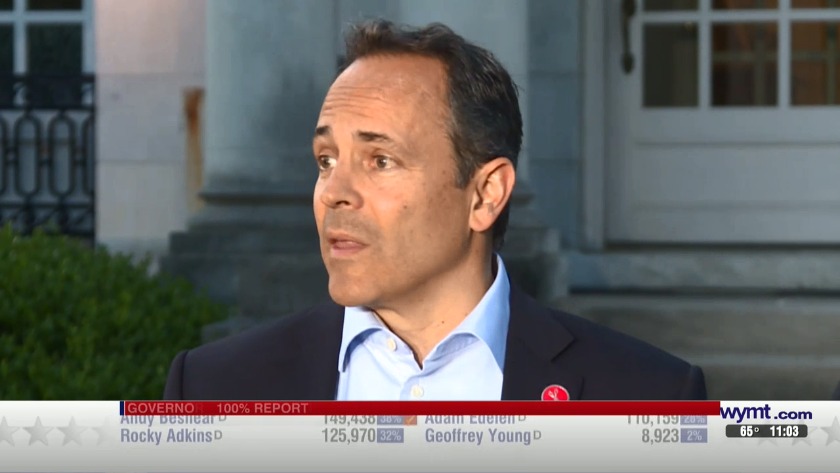 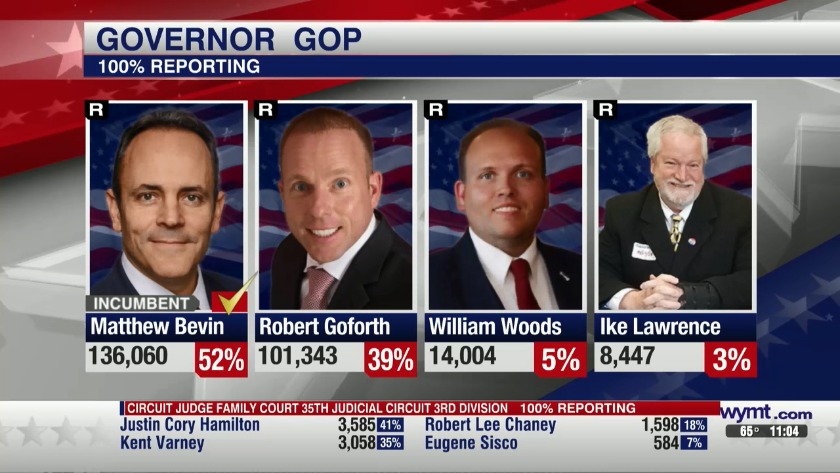 Goforth carried much of Eastern and Southern Kentucky but, in the end, he lost by more than 30,000 votes. The underdog said challenging the governor was worth the effort.

"This effort was not in vain. I will never forget you, that's for sure. Kentucky Republicans deserved a choice. Kentuckians deserve someone who is a fighter for the average man and woman who want a fair shake and an honest shot at the American dream," Goforth said.

The governor is an ally of President Donald Trump, who remains a popular political force in the state. The governor's strong showing Tuesday gives him a boost heading into the fall campaign in a state that has trended overwhelmingly toward the GOP. Bevin said the choice in November is clear.

"What you're going to have is a very clear, clear contrast. A very clear contrast on issues that matter significantly to people in Kentucky. You have in Andy Beshear someone who proudly supported Hillary Clinton...that doesn't play well in Kentucky. It didn't then it doesn't now and for good reason," said Bevin.

“The contrast in this election could not be more clear. The leadership of President Trump and Governor Bevin has grown the economy resulting in over 50,000 jobs leading to the lowest unemployment in Kentucky history. Andy Beshear brags about voting for Hillary Clinton and will oppose the President at every opportunity. While Governor Bevin is moving our state forward, Andy Beshear is a failed Frankfort career politician who will bring Kentucky back to the failed liberal policies of yesterday.”

The Republican Pary of Kentucky made its own statement as well:

“Much like his career politician father, Andy Beshear represents more of the same we’ve come to expect from Kentucky Democrats for decades – raise taxes, increase spending and grow government just like Hillary Clinton, Nancy Pelosi and Barack Obama,” Republican Party of Kentucky spokesman Mike Lonergan said. “Governor Bevin’s leadership is bringing unprecedented economic growth and prosperity to Kentucky, and Andy Beshear and the Democrats want to turn back the clock on this progress.”

Bevin said he expects President Donald Trump to come to Kentucky at some point, but did not want to speculate how many times he might stop by from now until mid-November.