Senate Bill 2 would require photo IDs to vote in Kentucky 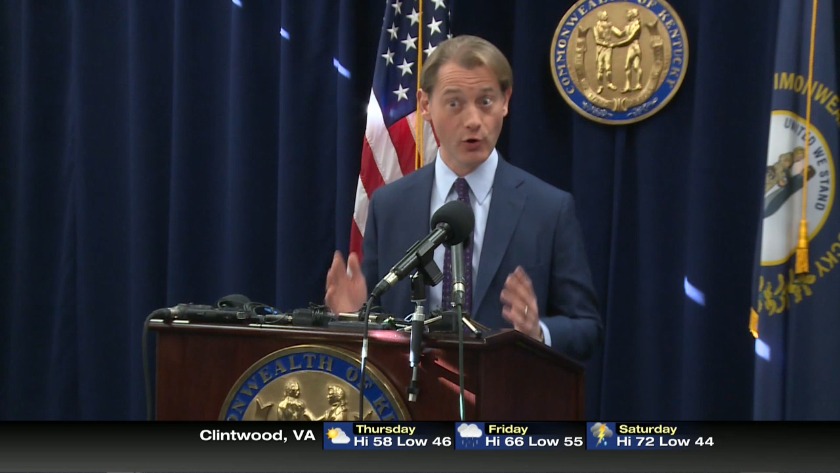 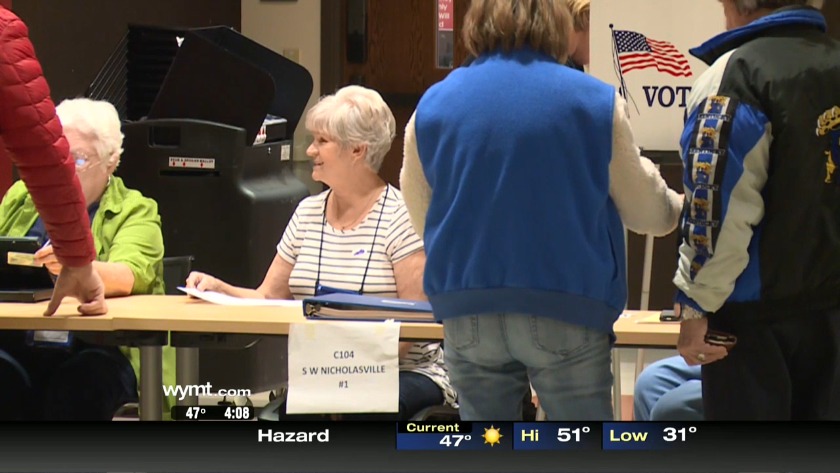 FRANKFORT, Ky. (WYMT) - Senate Bill 2, one of the Kentucky Senate's top priorities for this legislative session, would require voters to show a photo ID.

"In the race for secretary of state, people had the choice to vote for personality or policy. Voters agreed with the message of securing elections and enhancing public confidence in our process," Adams said.

Republican Senator Robby Mills, who is sponsoring the bill, said people need a photo ID to do many things, so people should need one to vote as well.

"I believe the requirement of a photo ID increases public confidence. Senate Bill 2 allows for a standard no-fee personal identification card for individuals who are at least 18 years old, do not have a valid driver's license or CDL, and is eligible to vote," Senator Mills said.

Some polling places already require people to show IDs to vote, but Secretary Adams said it is not universal. Other states, such as Tennessee, Virginia and Indiana, have already implemented similar laws.

Adams is worried that there is a 'perfect storm' waiting in terms of voter fraud in Kentucky.

"We've got an estimated 3-400,000 people who should not be on voter rolls," the secretary of state said. "People on there who died or shouldn't be on there."

The legislation also includes some provisions to help people with the cost of a $30 photo ID if they cannot afford one or have trouble getting one for whatever reason. They will just need to show an affidavit that they have a reasonable impediment to getting a photo ID and then will be cleared to vote.

"You need a photo ID to open a bank account, enter the state Capitol or buy Sudafed. You should also need a photo ID to vote," Adams said. "It is scandalous we have second-class citizens in this state who can't perform basic life functions because they don't have an ID."

The bill has not been discussed yet in committee and the secretary of state said he does welcome public input on the matter. If the bill passes, it will not take effect in time for the May primary but would go into effect before the general election in November.

American Civil Liberties Union of Kentucky's legal director Corey Shapiro made a statement regarding the bill:

"Mandating photo identification will exacerbate the difficulties Kentuckians already face when voting, particularly the disabled, minorities, the elderly, and hourly workers. 11 percent of all U.S. citizens and 25 percent of African-Americans lack government-issued photo identification. While this law will allow people to get such identification without upfront charges, the state will use a significant amount of taxpayer dollars to create the IDs and educate the public about the need for photo IDs. There will also be hidden costs to those needing new identification, such as time and money spent to get the identification and the underlying documents needed to acquire an ID. Indiana spent more than $10 million to produce free ID cards between 2007 and 2010."

University of Kentucky professor and election expect Josh Douglas made a series of tweets Wednesday stressing the photo ID requirement is a solution in search of a problem.

"There is no need for a photo ID law in Kentucky elections. Photo ID laws prevent only one kind of voter fraud - in-person impersonation. There is zero evidence of that kind of fraud in Kentucky," Douglas tweeted.

I have thoughts (THREAD) 1/

.@Adams4SecState campaigned on a stricter photo ID law as his main priority. And to the victor go the spoils: though I oppose photo ID laws for voting, it's coming to Kentucky. 3/https://t.co/0dk2gWTgtq

But let's be clear: there is NO need for a photo ID law in Kentucky elections. Photo ID laws prevent only one kind of voter fraud: in-person impersonation. There is ZERO evidence of that kind of fraud in Kentucky (or any U.S.) elections. 5/https://t.co/yRIyrlIaoo

Ok, so let's dive into the proposed new Kentucky law. It's not good news.

First, the law *requires* all voters to show a photo ID to vote. The ID must be issued by the U.S. or the state. The only exception is for voters in a "licensed care facility" who vote at that facility 7/

The law also allows student IDs to count--but the student IDs MUST have an expiration date listed on them. I don't know about all universities in Kentucky, but neither the @universityofky or @uofl ID cards have expiration dates! (I called both to double check.) 9/

The ID rules apply to all voters--including absentee ballots--and a voter who submits and absentee ballot without proof of identification will be sent a "provisional absentee ballot" to complete. Lots of hoops to jump through. 11/

First, voters without an ID will have to cast a provisional ballot. That means filling out a separate envelope before casting a separate ballot. 13/

This is unlike the similar reasonable impediment provisions in North Carolina, South Carolina, and Texas, where the voter can fill out the affidavit (under penalty of perjury) at the polling place. 15/

Increasing the number of provisional ballots in Kentucky will also lead to additional post-election disputes as candidates in close races see the provisionals as another way to fight the result. That's bad for everyone. 17/

I recognize that this is just a draft bill and that negotiations will proceed over the next few weeks. Let me also say that @KYSecState has been very responsive in our private discussions about the matter. He seems open minded to my concerns. 19/

I am open to a milder form of a photo ID law that addresses these problems--not because I think photo ID laws are good but because I recognize it is coming to KY. And again let me reiterate that Sec. Adams seems willing to work with both sides to make this happen. 21/

This proposed bill is a starting point. But it can't be the end point. The bill has too many flaws. Let's hope the legislature will work together to craft a bill that, even if we can't all wholeheartedly support, we can at least live with. /end