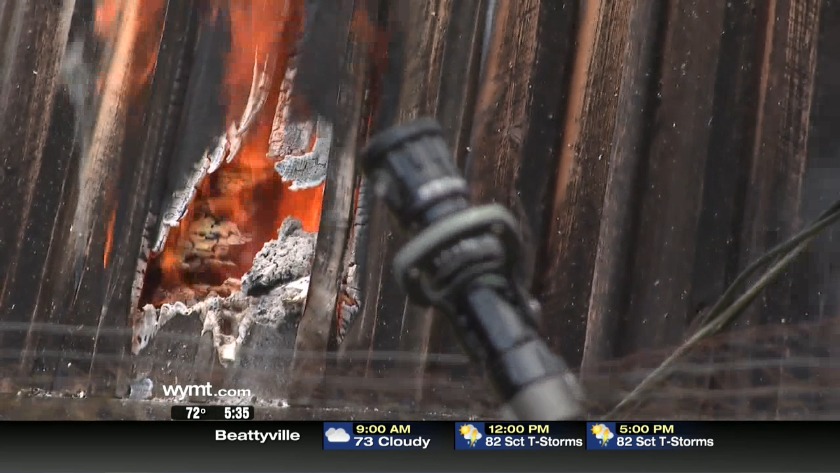 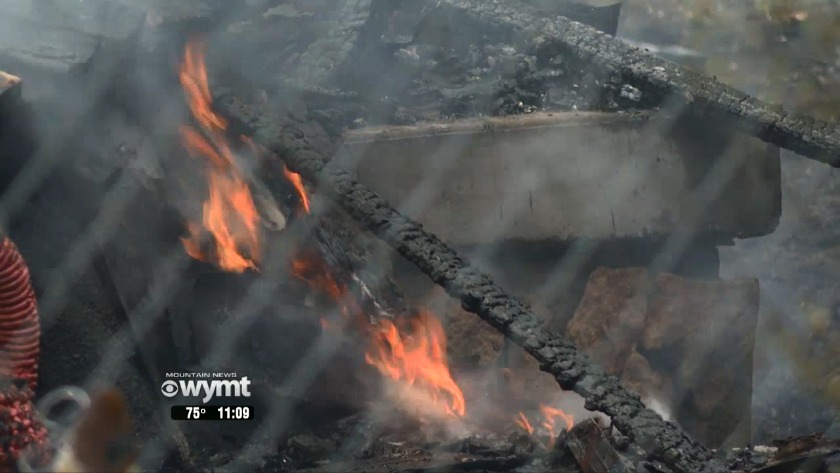 "It was really scary. It was a scary sight to see all those flames and to how close it was to our home," said Darlene Whitaker the daughter of a neighbor.

Darlene Whitaker got a text from her parents saying the neighbors house was on fire.

"The house was all engulfed in flames and it had melted all the siding off my parent's home," said Whitaker.

When the Vicco Volunteer Fire Department was called, the damage was already done.

"It had already gone to the ceilin'. We made an interior attack on it couple different times tried to get it put out. Was in a double roof," said Fire Chief Blake Dean. "There wasn't a whole lot we could really do for it."

To make matters worse, the fire hydrant closest to the house was not working.

"We had to use the hydrant approximately a half a mile down the road," said Dean.

The home belongs to Matthew Sumner, who is a coal miner and a veteran at the Vicco Volunteer Fire Department.

"When it gets to this point I mean there's nothing we can really salvage I mean. It's a very sad thing. This is one of our members homes of the department and he is very dear to us and it's a sad day when we can't save anything," said Dean.

He was in the mines when he got the call.

"He was at work while all this happened. He had no idea what was going on," said Whitaker.

"He's lost everything, and we just think the world of him. He's a wonderful man," said Whitaker.

Everyone wants to do as much as they can.

"We can hopefully give him some help out here and everything for him and his family. We deeply regret we that couldn't do anymore," said Dean.

No one was home during the fire, and no injuries were reported.

Firefighters say the flames began in the back of the house. The cause has not yet been determined.