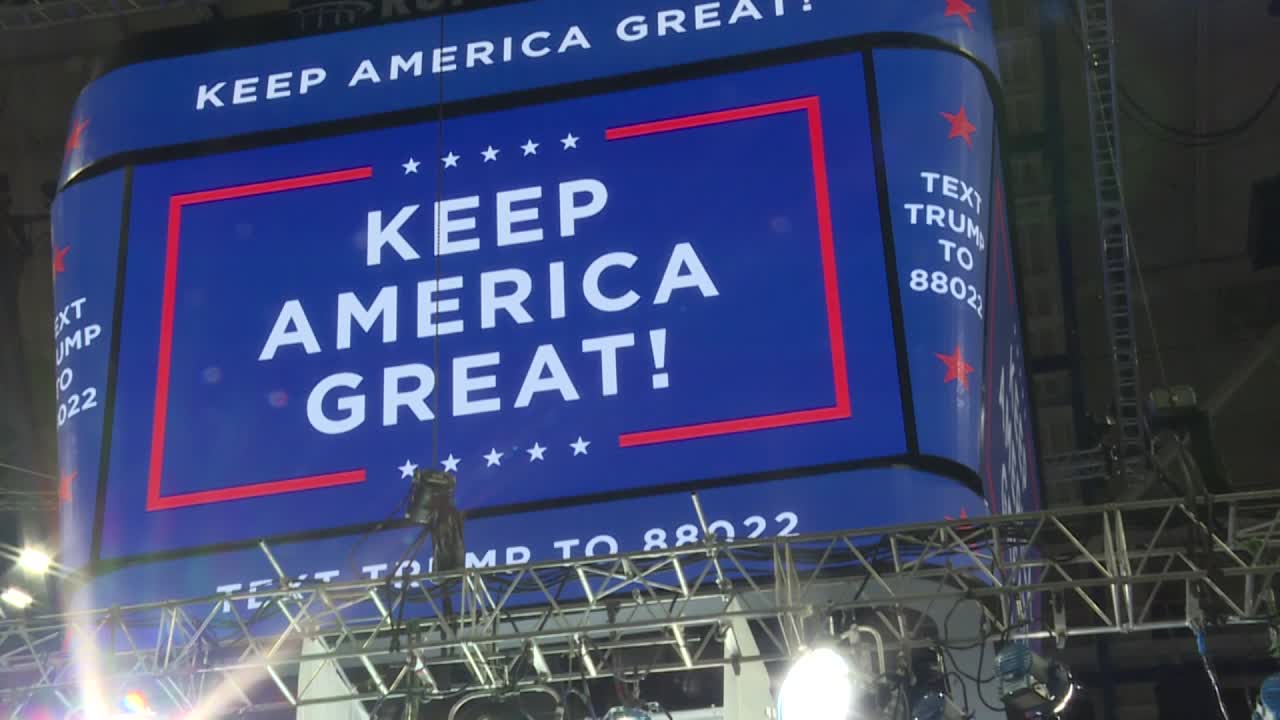 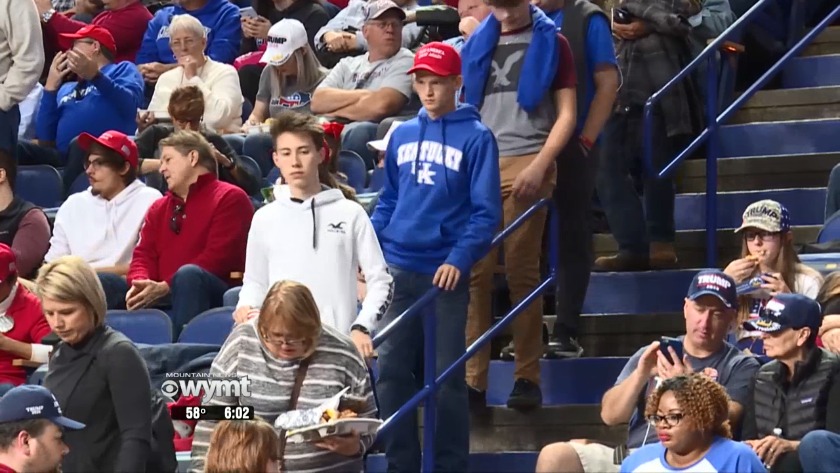 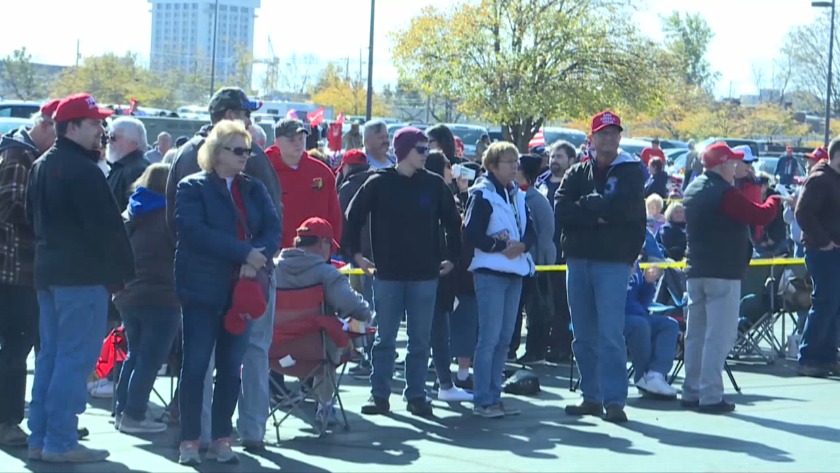 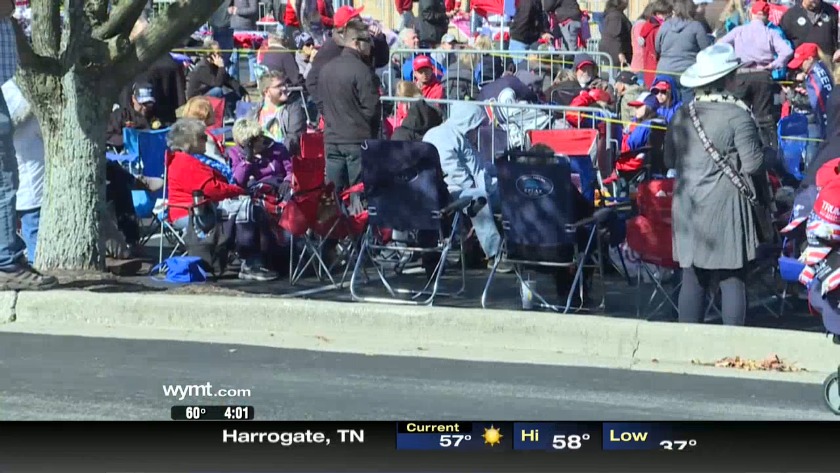 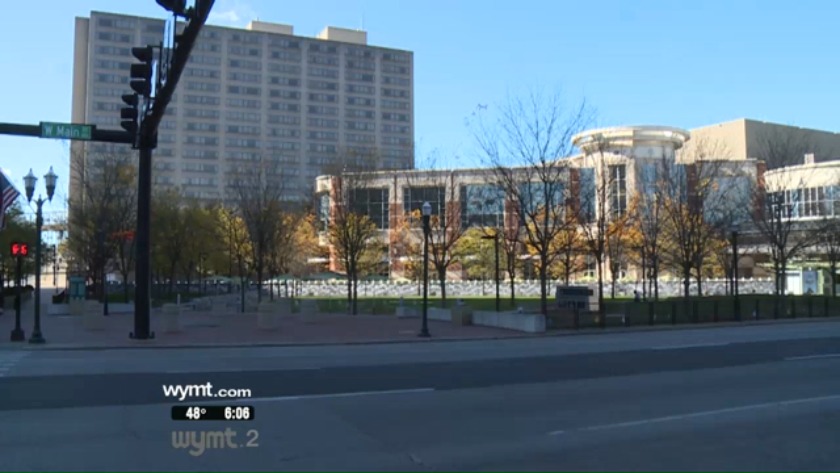 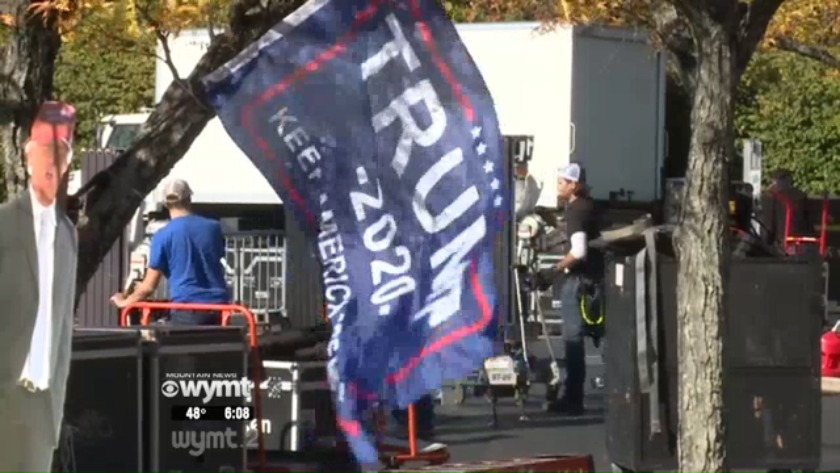 LEXINGTON, Ky. (WYMT/WKYT) - President Donald Trump came to Rupp Arena in Lexington Monday afternoon, and his supporters were already lined up outside Rupp Area more than 30 hours before the rally.

During President Trump's rally he made it clear why he was in the Bluegrass.

“Tomorrow Kentucky has the chance to send the radical Democrats a message, you will vote to reject the Democrats extremism," said President Trump.

President Trump went on and oulined the entire Republican slate up for election Tuesday, but came back to stress the need to elect one man over any other. He also said his friendship with Bevin is good for Kentucky.

On Tuesday, Kentuckians will head to the ballot box, and it is apparent that the President hopes his visit will help Governor Matt Bevin get reelected. Vice President Mike Pence also visited Kentucky on Friday for the same purpose.

"It's a strong working relationship and it's incredibly important. Because the President on the federal level can institute policies on the federal level lower taxes more money in the paycheck of the average voter in Kentucky. It's very hard to do if you don't have a republic governor to enact those policies to implement them on a state level so it's very important," McEnany said.

Bevin and his opponent, Attorney General Andy Beshear, have both spent a lot of time in rural Kentucky trying to win President Trump's base to their side. Beshear hopes to narrow the gap in an area that typically votes red, while Bevin hopes to strum up the President's supporters.

"Trump supporting Bevins is the biggest boost Bevins could get," said Maggie from Knott County. "Bevins is a good guy. I like him and I like his policies. He lines up with Trump, so therefore Trump coming and supporting him is going to give Matt Bevins the support that he needs to get reelected."

Many people in the crowd waiting around Rupp Arena said they think the fact that Bevin's policies line up with President Trump will help him out. Most notably, his policies on religious freedom, abortion and guns, though it is yet to be seen if the pension issues will end up hurting him.

Beshear has been running an ad showing people who support President Trump voting for him, but many who were waiting to see the President said they already made up their minds.

"I think he will, I think all his supporters will help Bevin, you know once he comes and does his little speech and everything, gets everyone excited and explains you know, Matt Bevin, I think everybody will be okay with it," said Brenda and Cayenne Noe, who drove up for the rally from Richmond.

Sister station WKYT reports people came out to Rupp Arena as early as Saturday, camping out in the cold weather.

Charley McCall was one of those who arrived early.

"We need to show our support. So rain, snow, sleet, and hail we're going to be here," said McCall.

While many people are from Kentucky, the rally also attracted people from other states, including Wyoming.

McCall said he likes to see people like Stacy get involved at such a young age.

While the people waiting for the rally stand strong on their conservative beliefs, many said they are not trying to preach hatred or political divide.

"We need to come together as a nation,” said Gale Roberts. “I'm sick and tired of the division. At the end of the day we need to get along when the election is over."

A large crowd is waiting for President Trump's arrival at Rupp Arena. Many of them have been here since yesterday. >> https://t.co/kxlj1jce0w pic.twitter.com/fu9lA9lRsP

Our crew is getting set up outside of Rupp Arena as we prepare for President Donald Trump’s visit to the Bluegrass a day before the general election. pic.twitter.com/291droiFy6