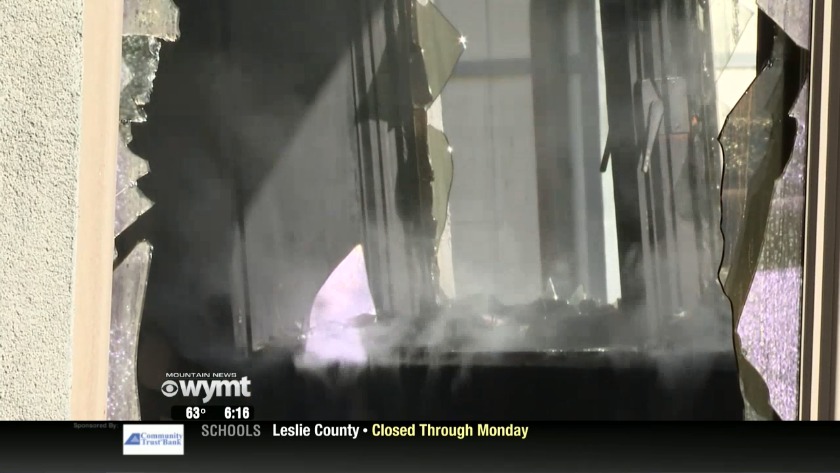 A morning drive to work quickly turned into a chaotic scene.

"I discovered it came upon it burning back here on the back corner. It had been burning a while cause it was already out the roof on us."

West Van Lear Fire Chief Ronnie Robinson said he discovered the fire a little after 3:30 a.m. on his way to work.

The building was destroyed. Fire crews believe the fire started from the back deck, which is the same location where another fire started eight months ago. A remodel for a new deck had just been completed.

"It's collapsed now so it puts us out of a facility," said Della Lucas, coordinator for the Recovery Center. While plans are being made to accommodate patients, medication is not the only thing some will not be without.

Dustin Deskins has struggled with drug addiction for the past 15 years. He will miss his group sessions.

"I guess I would try to seek another clinic but I would hate to miss out on those opportunities at that clinic."

Although Lucas urges others to visit the Jackson and Hazard clinics, Deskins does not have a car for transportation.

"You know you have that comfort of seeing someone and you know you're not alone in that. They have changed my life," said Deskins.

The owners of the clinic say they hope to reopen within the next couple of months.

"We have lost paper charts those kinds of things but we do have back up so that's a good thing," said Lucas.

She also stressed the importance of letting their patients know they are still here for them. "We're here to help them, we're not just leaving them or forgetting about them."

Firefighters are still investigating the cause and Chief Robinson said KSP will also be involved. There were no electrical units by the back deck that could have started the fire.

The fire went out a little after 2 p.m.

If you are a patient and have any questions regarding your care you can call the Jackson Clinic at 606-666-8404.