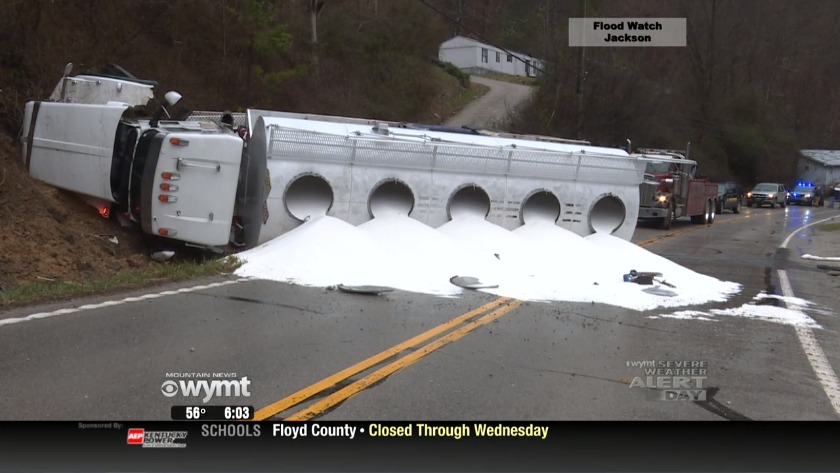 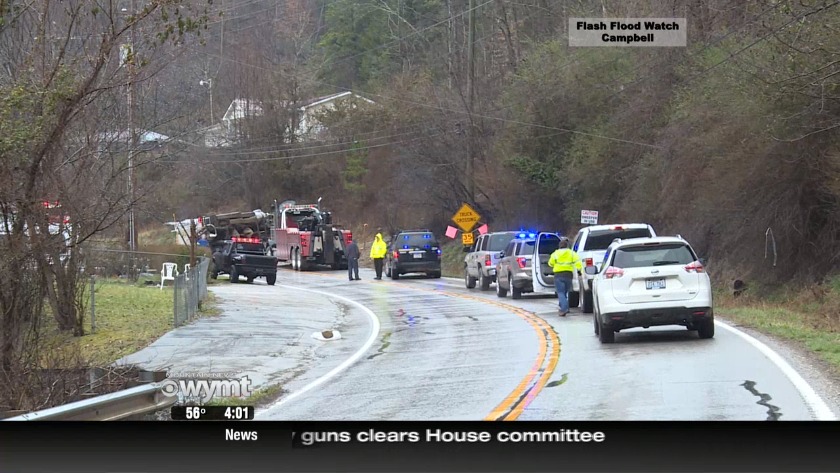 The Leslie County Sheriff says the driver of the truck says he hydroplaned and hit a driveway, causing the truck to turn over.

The truck was hauling ammonium nitrate and the chemical was spilled on the road when it overturned.

"There's really no concerns as long as it stays out of the water. That's our biggest concern right now is keeping the ammonium nitrate and the diesel fuel out of the Middle Fork river. All of our boons are holding right now so I don't think that is going to be an issue other than the traffic impact for the morning, there should be any issues," said Leslie County Sheriff Billy Collett.

Lawrence Duff lives right by where it happened and is a former truck driver.

"The first thing I had thought about is how close I had come to doing that," said the seasoned coal truck driver.