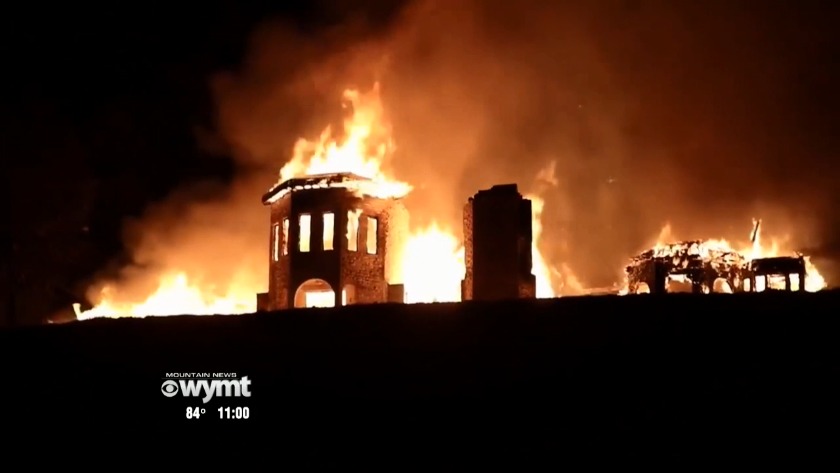 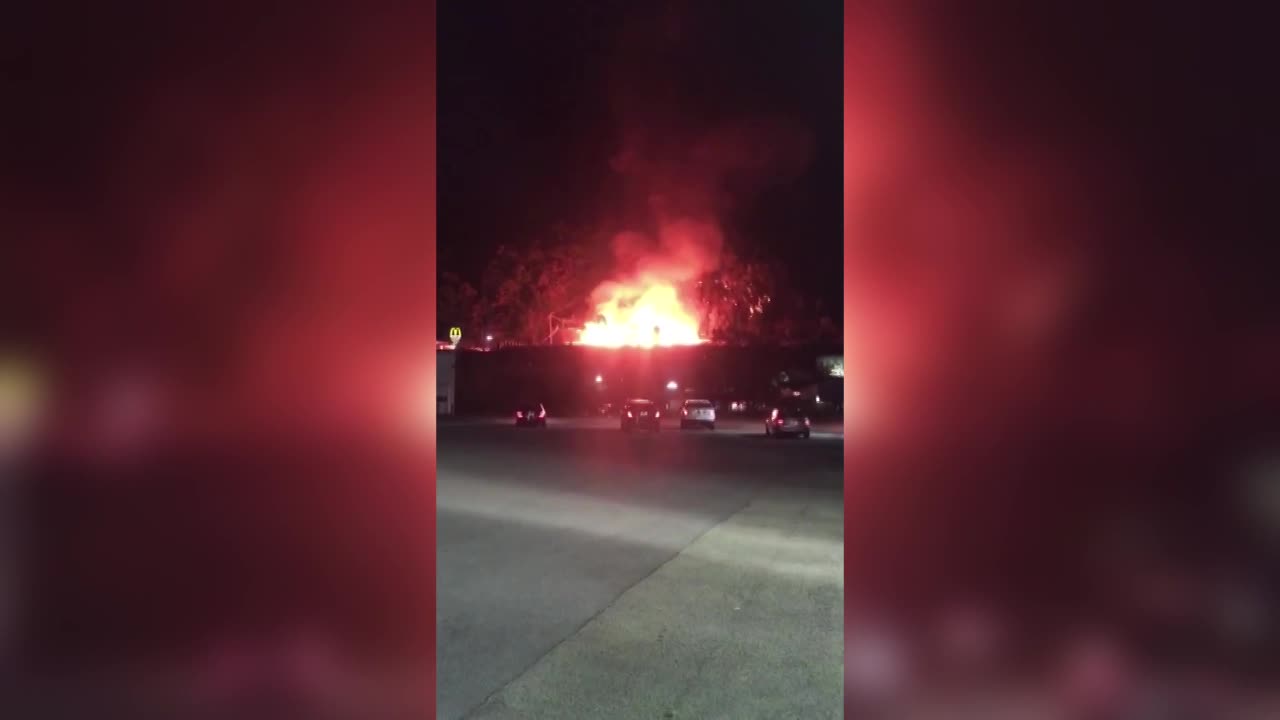 Officials with the Belfry Fire Department say it began as a controlled burn from a contracting company. However, as it continued, it began burning uncontrollably.

It spread up the hill and near a McDonald's.

There were many fires on the hillside but Assistant Chief Mike Brown says they contacted the Division of Forestry to watch it overnight.

"We're waiting for an ETA on their arrival. Someone will be here tonight to keep an eye on it. It does seem that it is burning back to the high wall," said Brown.

Brown says if the fire does reach the wall it will burn out on its own.

McDonald's was evacuated and shut down for a short period of time.

Firefighters used a "water curtain" to protect the nearby restaurants.

No one was injured in the fire. The mansion was destroyed. It has been abandoned for years.