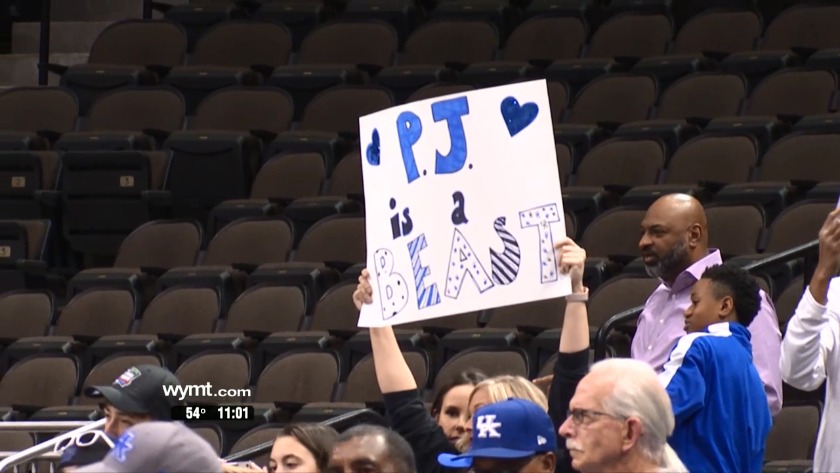 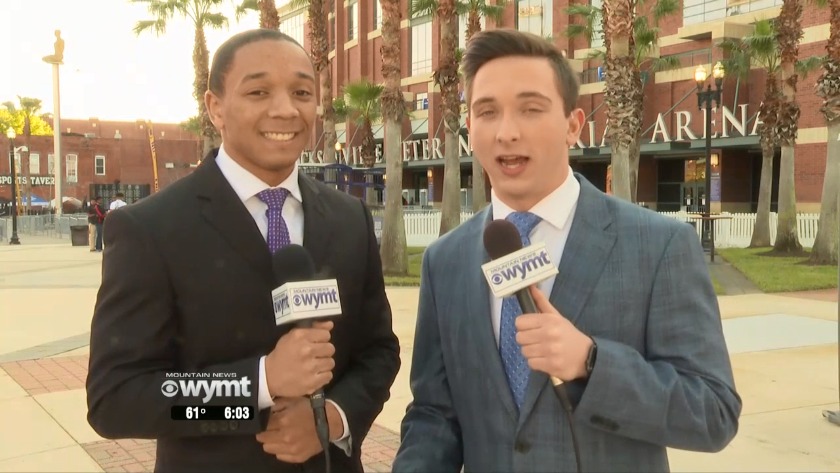 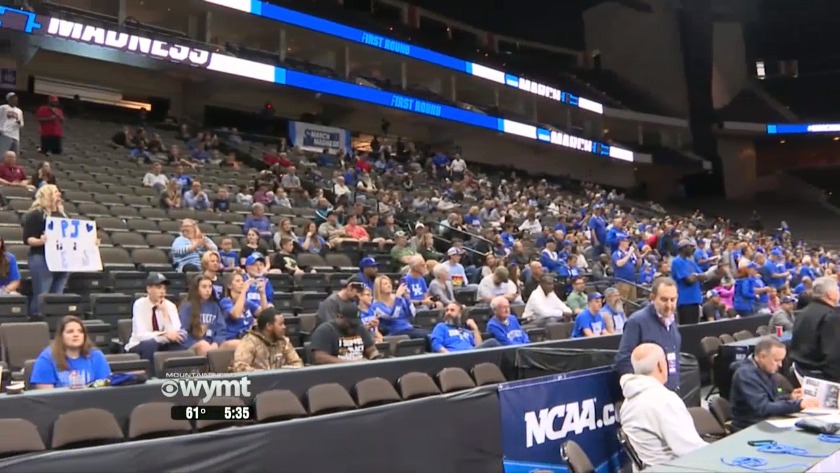 JACKSONVILLE, Fla. (WYMT) - While the Kentucky Wildcats are more than eleven hours away from Lexington, Big Blue Nation is doing what it always does, showing up and cheering on the Cats in Jacksonville, Florida for the NCAA Tournament.

Kentucky fans entered VyStar Veterans Memorial Arena in Jacksonville on Wednesday. The Cats had 40 minutes on the practice floor.

Hundreds of members of Big Blue Nation, many from Florida, sat in the stands and high-fived the players coming out of the tunnel and took pictures with Coach Calipari. It's something they were all thankful for when the found out Kentucky would be coming to Jacksonville.

"Oh my God, dude I freaked out. We were actually working, we coach basketball so we actually live it but my phone blew up and actually my mom bought tickets two months ago and it’s actually for Saturday. So as long as we get through tomorrow I'll actually be able to watch them live so I was pretty excited," said one Kentucky fan.

"I was like no lie, I've been praying God I want to take them to a game and I don't know how it's going to happen because you're in Kentucky and were in Florida and then Y'all came here, so I kind of feel like its predestined," said one Kentucky fan living in Jacksonville.

When looking ahead to the game, fans are a little worried about the possible absence of PJ Washington in the first round.

Washington is expected to play but we are unsure on the number of minutes he will get in the first game.

Coach Calipari mentioned how Washington is the sole player on this year’s team with real NCAA experience. If you count a few minutes, Nick Richards also has little NCAA experience.

"We will see where PJ is at with that boot. It has us worried, but I think we'll be alright for today we've got the Abilene can shoot 40 percent from three. That’s a concern for us because we don’t guard the three very well,” said one Kentucky Alumni in Florida.

Kentucky will face Abilene Christian at 7:10 p.m. on WYMT.

The Masters, NASCAR races postponed due to coronavirus

The Masters, NASCAR races postponed due to coronavirus