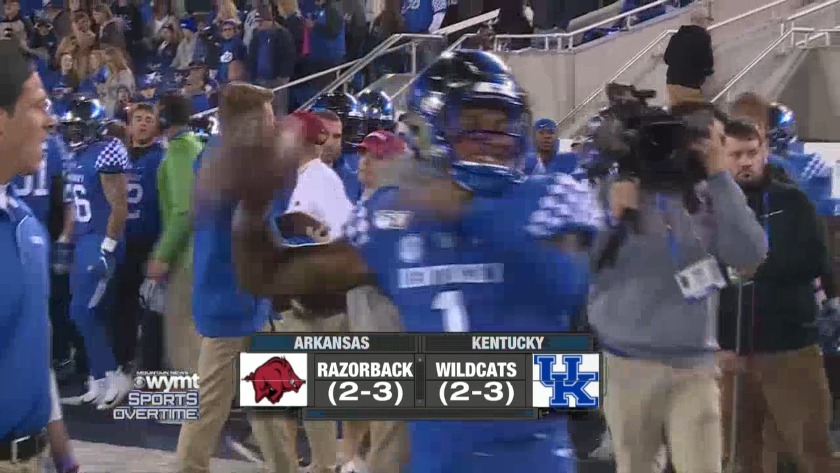 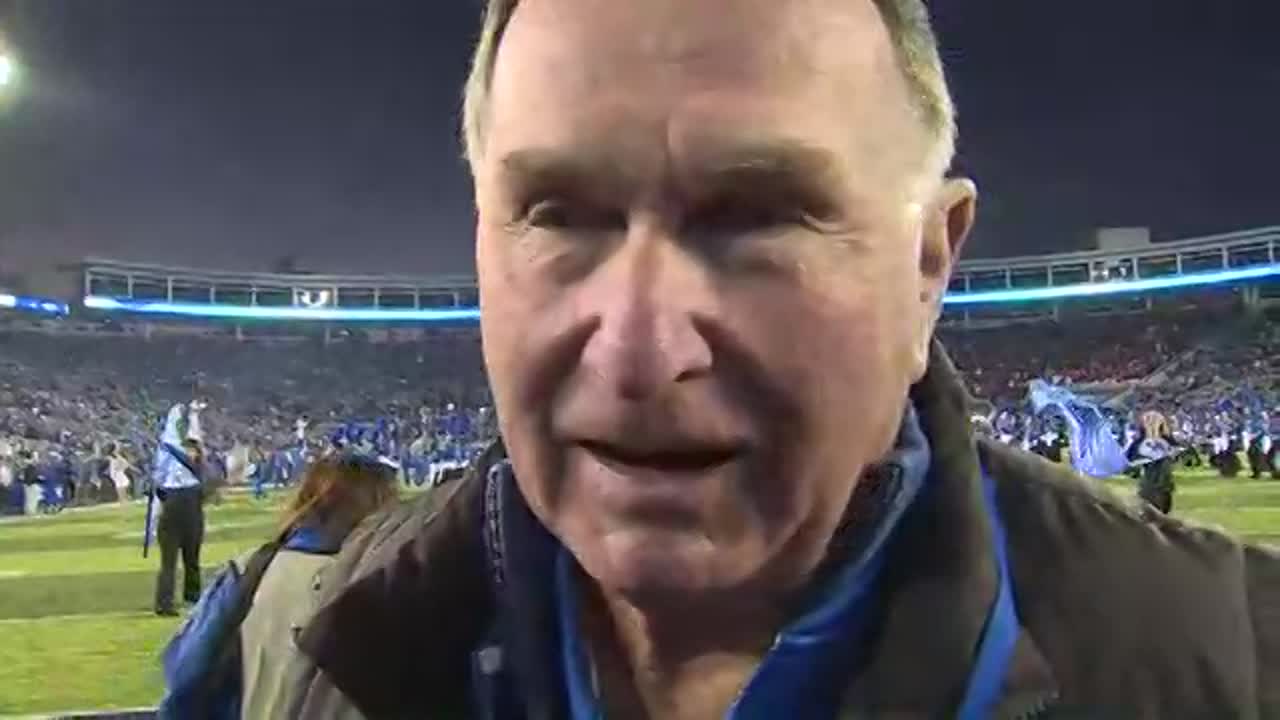 LEXINGTON, Ky. - Lynn Bowden Jr. accounted for three touchdowns in his first start at quarterback, including the go-ahead 24-yard scoring run with 6:53 remaining, to rally Kentucky past Arkansas 24-20 on Saturday night and end a three-game losing streak.

The Wildcats' top receiver took first-team snaps during the bye while banged-up Sawyer Smith recovered and was announced as the starter before the game. The junior led Kentucky (3-3, 1/3 Southeastern Conference) back from a sluggish offensive start with a 3-yard run late in the first half before eventually seizing the lead with a 10-yard TD pass to Clevan Thomas Jr. late in the third.

Bowden then directed a 75-yard drive ending with his second TD run and sealed the close victory with a 51-yard run in the final minutes. He finished with a career-best 196 yards rushing on 24 carries and completed 7 of 11 passes for 78 yards.

Rakeem Boyd rushed for 134 yards and two touchdowns, including a 74-yard TD run on the game's second play, as Arkansas took a 13-0 lead. His 2-yard TD put the Razorbacks ahead 20-17 but they ended up losing their 14th consecutive SEC game and third close contest in a row.

Arkansas: The Razorbacks got the start they needed with Boyd's TD run on the game's second play and Connor Limpert's field goals of 28 and 44 yards. The offense stalled from there, Ben Hicks replaced Nick Starkel and ended up leading a go-ahead TD drive, but the defense struggled to contain the quick and versatile Bowden.

Kentucky: After coyly avoiding answering whether Bowden would start ahead of Smith, coach Mark Stoops went with the versatile receiver. The Wildcats' execution struggled at times, but Bowden provided the needed spark. The defense also made several big plays late to preserve the homecoming win.

Arkansas hosts No. 12 Auburn on Saturday.

Kentucky visits No. 3 Georgia on Saturday, seeking to end a nine-game losing streak against the Bulldogs.