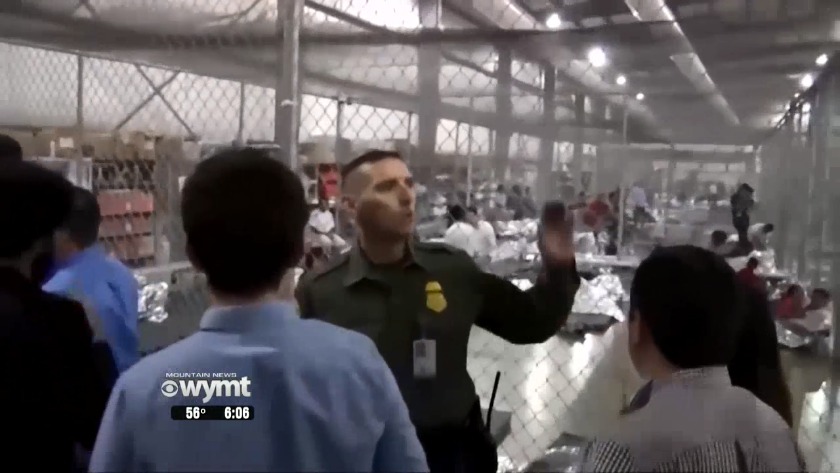 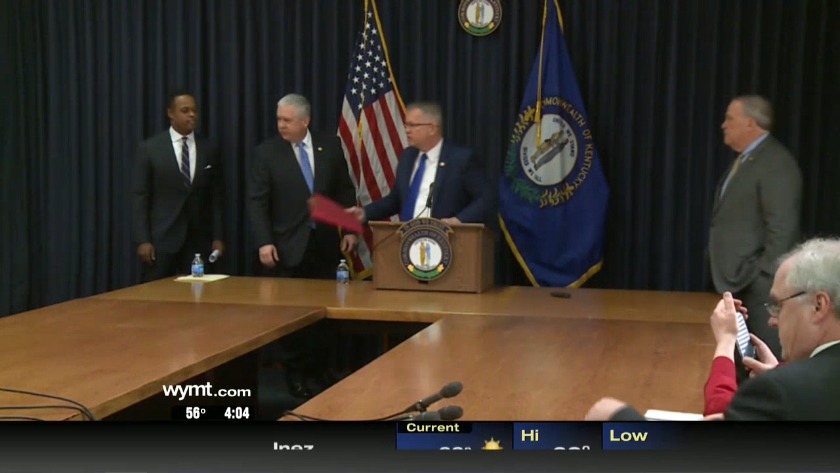 Cameron said the bill is needed to support law enforcement and to make sure they have all the tools they need. The bill is Senate Bill 1 and is the chamber's top priority for this session.

"I've gotten a lot of questions about why it is Senate Bill 1. It is SB1 simply because it is a public safety issue," said Senator Danny Carroll (R-Paducah).

Cameron joined senators and law enforcement officials in stumping for the bill. They said they do not want police to have their hands tied if any Kentucky city would become a sanctuary city.

"Why would we want our local law enforcement from collaborating and coordinating with federal agencies to keep our communities safe," the attorney general said. "It is legislation that recognizes the incredibly difficult work that our law enforcement members undertake every single day."

Opponents said Senate Bill 1 will separate Kentucky families and is dangerous and discriminatory.

"There is not one law enforcement agency in this state that has come forward and said at any time 'we cannot do our jobs and we need the help of the immigration and customs service, ICE,'" said Senator Reginald Thomas (D-Lexington). "So what this bill does is restrict something that doesn't even exist."

Kentucky currently has no sanctuary cities or safe havens for undocumented immigrants, but the bill aims to essentially stop something before it ever happens.

"This bill protects the status quo as it related to the activities of immigration," Senator Carroll said.

The bill would exempt schools and boards of education and offers protections for those who are witnesses or victims of a crime. It also prohibits a federal immigration officer from going to a jail to enforce immigration laws.

Senator Thomas said the bill will lead to profiling.

"What it says, if there is an investigation, then law enforcement can come and ask your American status," Sen. Thomas said.

The American Civil Liberties Union of Kentucky issued a statement Thursday stating that the bill has vague and cruel provisions.

"Senate Bill 1 is dangerous and could have sweeping consequences for all Kentuckians if passed. The bill requires law enforcement to blindly carry out requests by federal immigration authorities, turning local control on its head and leaving counties responsible for any constitutional violations. The bill seeks to use our public agency employees as immigration agents, without any training. Senate Bill 1’s vague and cruel provisions requiring public officials to use their “best efforts” to support immigration enforcement will, undoubtedly, put more Kentuckians at risk of deportation leading to more Kentucky families being temporarily or permanently separated. The definition of public officials the bill uses includes agencies that get at least 25% of their funds from the government, like employees of some domestic violence and sexual assault centers," said ACLU-KY advocacy director Kate Miller.