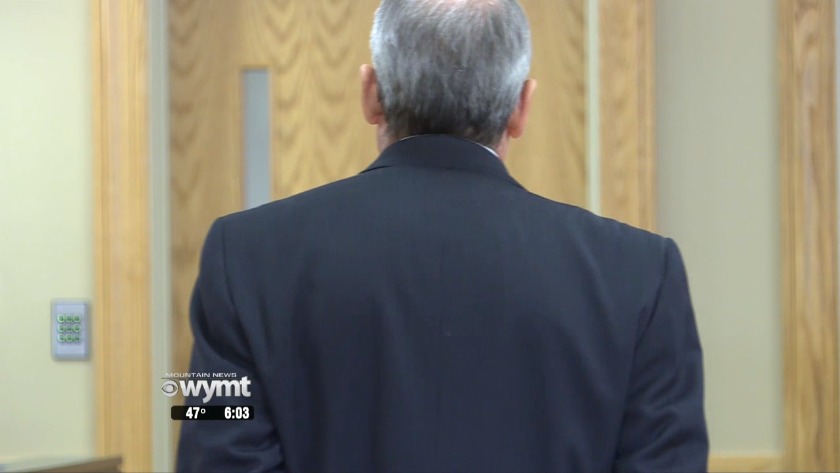 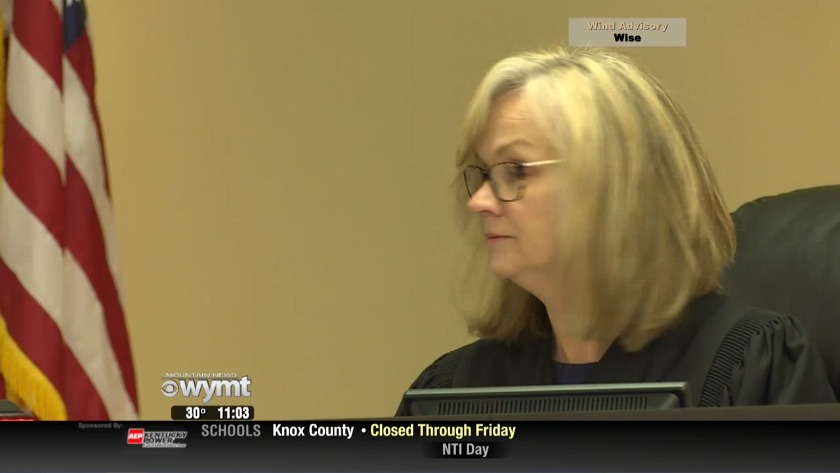 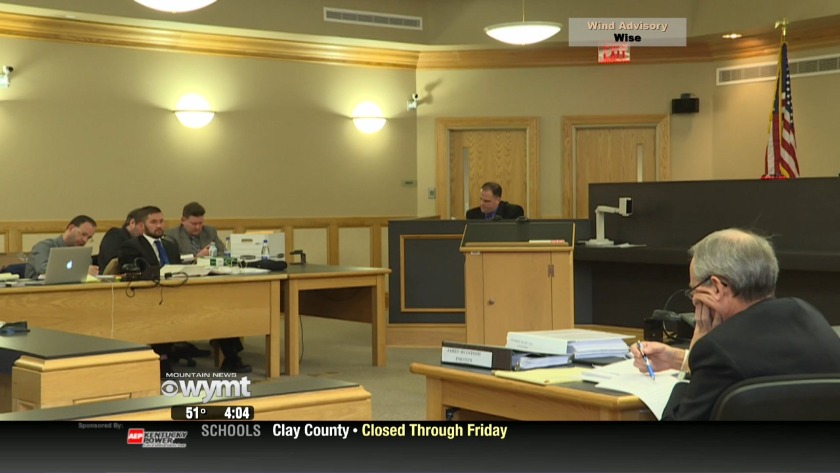 WYMT was in the courtroom until about 2:30 p.m. Friday, before that time several testified.

We heard testimony from McIntosh's coworkers, the front desk worker at the hotel where McIntosh stayed the night of the murder, a forensic official with Kentucky State Police, Perry County Deputy Coroner Ashley Combs and a Perry County school bus driver who drivers along Fourseam Branch Road, where the murder happened.

Testimony revolved around a look into McIntosh's life the day of the murder, and evidence gathered at the scene that day, including what was done with Mullins' body after it left the crime scene.

The trial will continue next week.

Updated 1/23
Testimony began Thursday in a Perry County murder trial, which was moved to Knott County.

James McIntosh is accused of killing Danny Mullins. While listening to the recording from the day he was arrested, McIntosh cried.

Thursday started with testimony from the lead detective in the case, who talked about the crime scene and the evidence-gathering process.

Jurors heard recordings from the day of the arrest. During those interviews, McIntosh told police he shot his gun about 11 times and then tossed the gun in the river. Police reported that there were eight shots total, three of them going through Mullins' head.

His attorneys claim he acted in self-defense. They argue texts sent from Mullins to his wife showed he intended to hurt McIntosh. During the court proceedings, we learned that McIntosh was reportedly having an affair with Mullins' wife.

One of the texts was read out loud in the courtroom - "I'm going to beat his brains out unless he wants a gunfight. We can do that too."

A medical official from the state was asked about hydrocodone in Mullins' system. He was prescribed the drug, but tested at a level above the "therapeutic limit." The state medical official said people can build a tolerance to the drug, which could be why he had so much in his system.

"Right, so if someone is taking a certain amount of a drug every day and then one day they take it two or three times that amount, then they're more likely, they may not necessarily, but they're likely to experience an adverse reaction," the medical official said.

Prosecutors submitted four phones, DNA and bullet fragments as evidence. The defense submitted an array of photos from Mullins' phone. Three forensic scientists from Frankfort were called to testify.

A man who heard the shots who lives in the area also testified, he said that he heard shots that day ring out around that time. He says the shots happened in a matter of 10-12 seconds. The first initial shots happened quickly, and then there was another burst of shots, but those shots were more spaced than the original.

The trial will continue Friday.

Despite the shooting happening in Perry County, the trial was moved to Knott County following a request for a change of venue.

It is unclear how long the trial may last.