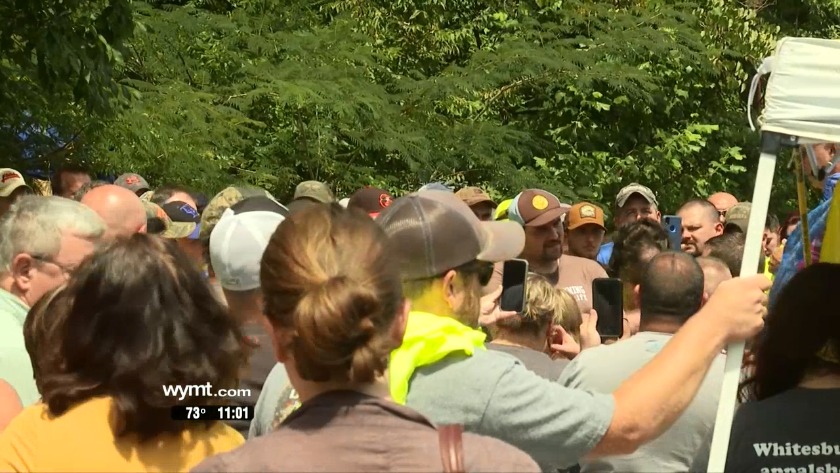 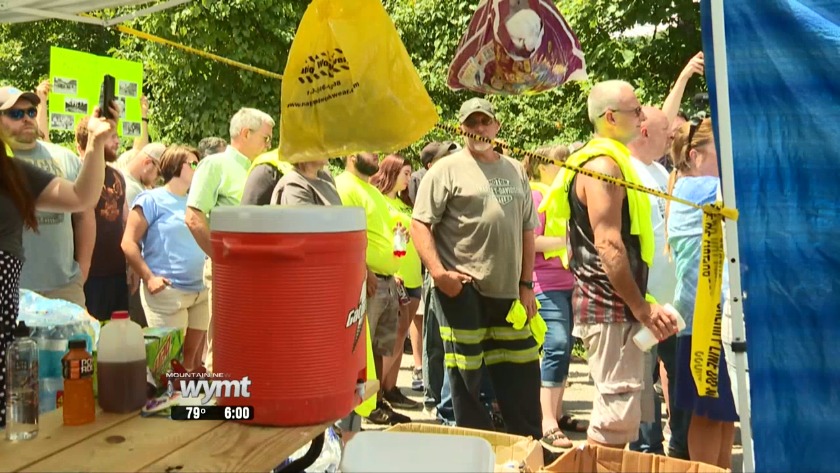 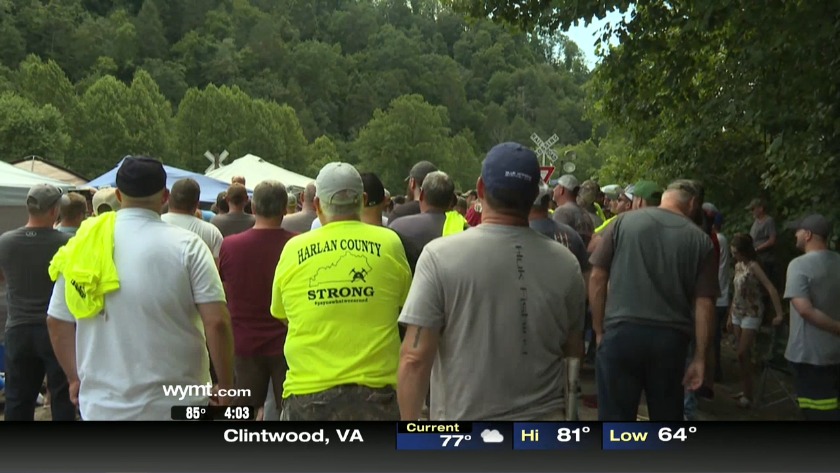 CUMBERLAND, Ky. (WYMT) - Hundreds of Blackjewel miners and their families gathered at the railroad tracks for answers Wednesday afternoon. This is the same site where miners have protested for more than a week, demanding they are paid what they are owed.

Hundreds of Blackjewel miners and their families gathered at the railroad tracks for answers Wednesday afternoon.

Attorney Ned Pillersdorf met with the miners to tell them what happened in bankruptcy court.

Kopper Glo bought the mines in Harlan and Letcher Counties and promised $450,000 to pay the miners, as well as $550,000 during the next two years.

The company said it does plan to open the mines and hire back as many of the miners as possible.

After the Blackjewel bankruptcy filing, the miners' paychecks were clawed back from their accounts. They are owed $2.6 million in wages.

There is a property lien that Pillersdorf is fighting with the government to acquire, which should get the money needed to pay back the miners.

"Assuming they mine coal we know we're getting at least a million," said Pillersdorf. "The goal has always been to get at least $2.6 million and based on what happened in bankruptcy court I think it came out 100 times better than I ever imagined."

The attorney talked at the tracks with the miners for an hour. He is optimistic about the future, and said the bankruptcy judge noticed how the miners handled themselves. Pillersdorf said the judge thought the miners needed to be treated with respect.

"The thing that people need to understand about bankruptcy court is it's kinda like a funeral home. Nobody leaves there happy. There's always a loss," said the attorney. "If you're a wage earner in bankruptcy court you never do well. The one big exception of that is the BlackJewel miners. The bankruptcy hearing went better than my wildest dreams."

"This is what we wanted, this is why we stood. Stood up so people in Blackjewel, no matter if you're in West Virginia to Wyoming. This is what we're standing up for," said miner Jeff Willig.

The miners are happy to get answers, but want people to know they will not leave the tracks until the money is in their accounts.

"We're here to get our wages, and I mean yeah they're saying right now that they're paid, but we've not seen it, so when we see it we'll be on our way," said miner Chris Rowe.

They want to make sure those checks do not bounce.

"We've decided one of us at a time go cash the check and if it clears next person goes down and cashes the check," said Willig.

Some more info about Kopper Glo:

The main office is in Knoxville, Tennessee. The company was actually founded 60 years ago in 1959. It operates mines and a processing facility north of Knoxville in Clairfield, Tennessee.