Ky. Democratic Party calls on Pikeville senator to resign due to "homophobic tactics" 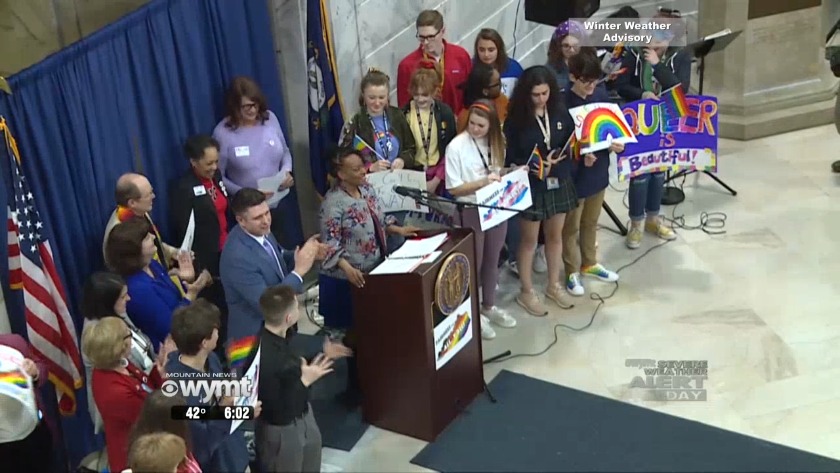 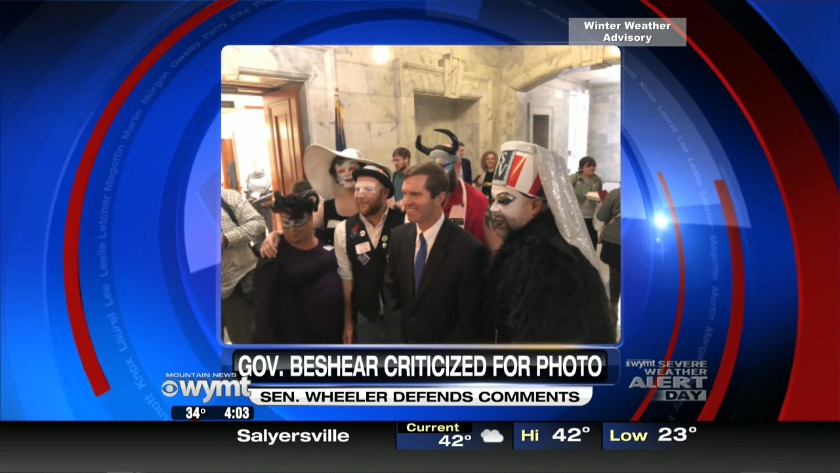 This photo of Governor Andy Beshear posing with a group of drag queens and other LGBTQ activists in Frankfort last week has led to controversy among state Republicans. (Photo: Lexington Herald-Leader)

A video shows Wheeler criticizing Governor Andy Beshear for meeting with a group of drag queens in the Capitol rotunda.

House Speaker David Osborne said he has not seen the video, but said "everyone who comes in here should be treated with respect. Everybody is welcome. I think we will continue to do that. As long as people act respectfully, we welcome everybody."

We reached out to Senator Wheeler, who said he stands by his comments, though he added those remarks were not homophobic. He thought "The Sisters of Perpetual Indulgence" were mocking religion with their attire. One of the drag queens donned a KFC bucket crafted to look like a nun's habit, while another wore devil's horns.

"These outfits went well beyond decency in my opinion. In my mind we should respect all Kentuckians instead of embracing those who mock religion," said Wheeler. "One, I'm not going to resign. I did not make any homophobic comments. I criticized the dress of those people in that photograph. I stand by those comments."

According to their website, The Sisters of Perpetual Indulgence is an LGBTQ group that devotes themselves to community service, ministry and outreach to those on the edges.

"I believe that the individual senator has made racist comments on their social media," Governor Beshear said. "Now they are making homophobic comments."

Senator Wheeler said he believes that most of the people in the 99th House District, where he was campaigning for a special election last week, agree with him on what he said.

He is accusing a Republican lawmaker of using homophobic tactics by displaying the photo at a recent campaign rally. The lawmaker accused Democrats of corrupting traditional values.

Beshear is a Democrat. He said Thursday he would pose for the photo again. He says he was practicing his faith to treat everyone with respect.

The lawmaker, state Sen. Phillip Wheeler, says his comments were not directed at homosexuals. He says he objected to what the drag queens wore. One donned a KFC bucket crafted to look like a nun's habit.