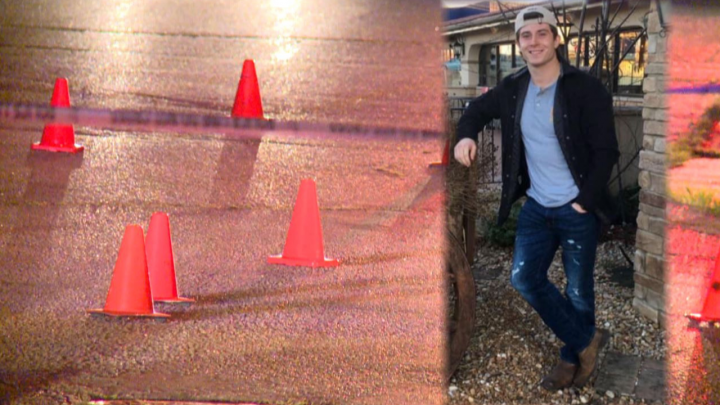 PIKE COUNTY, Ky. (WYMT) - <.b>Update 6/25
According to a post on social media, Cameron's mother says he is out of the ICU and is able to walk a short distance.

Police are still looking for the suspected gunman.

"The thing that everybody knew about Cameron is that he was going to give his very best," said Belfry Head Coach Philip Haywood.

Police said one man grabbed a gun and shot Cameron after a fight outside of Two Keys Tavern around 1:30 a.m.

"I was concerned and we were all concerned," recalled Philip.

"When it happens to one of your own that you have coached and watched grow up, it kind of hits you in the gut," explained Assistant Football Coach and Athletic Director, Todd Cassell.

Todd, Matt, and Philip said they can remember when Cameron was a child.

It is that mentality in which many credit the "Pond Creek Nation" community.

"When one individual in Pond Creek is hurting or a family is hurting, they all come together," said Matt.

Cameron played from 2013 until 2017, guiding his team to state championship victories all four years.

Although he no longer plays for the Pirates, he will always have Belfry roots.

"I mean, he's one of ours. Even though he moved on to the college level, he's still a Belfry kid," Philip explained.

He is known for his big heart and fiery passion for the game.

"It's going to be a long and hard road but if there's one young man who can conquer this, it's this young man," said Todd.

While number 10 may be down for now, he is not out.

"There's no way that this is going to take him over," Todd added.

We talked with Cameron Catron's mother on Monday evening. She said the doctors at U.K. Hospital told her Cameron was nearly dead when he arrived at the hospital.

However, Monday afternoon Cameron had surgery and we are told it was successful.

Investigators tell our sister station WKYT the person who shot Cameron Catron was wearing a blue shirt and has dreadlocks with blonde tips.