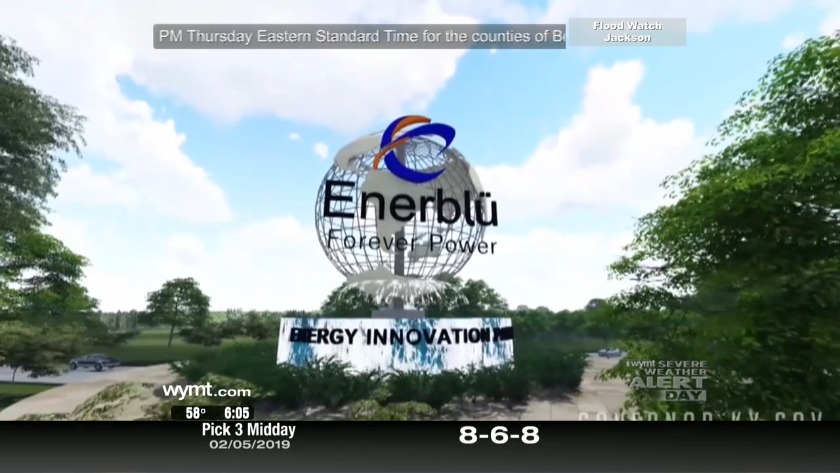 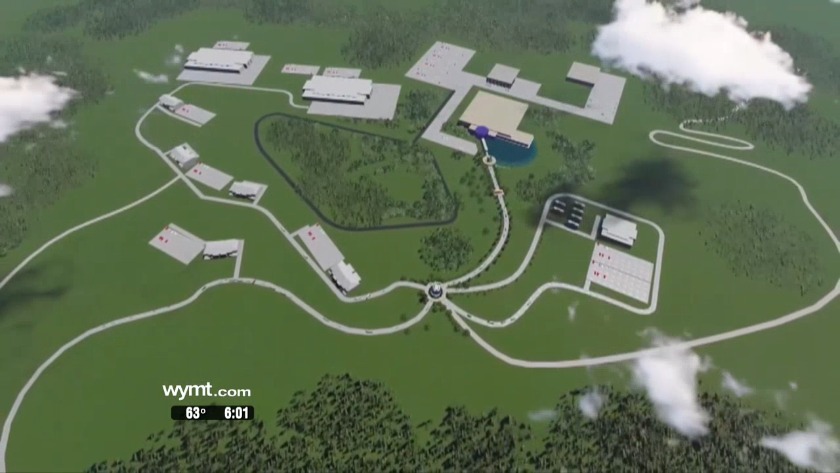 PIKEVILLE, Ky. (WYMT) - According to news releases, EnerBlu is no longer building a facility in Pikeville.

The company, which was originally supposed to bring more than 800 jobs to the city, suspended its plans to build a $300 million battery cell manufacturing plant.

This comes after a primary investor withdrew its support, citing "unexpected geopolitical factors" as a reason for withdrawing support.

John Thomas, who was recently named the new CEO of EnerBlu, said he regretted having to suspend plans for the facility.

“EnerBlu’s vision of a multi-gigawatt hour, Made in the USA battery campus to re-empower the Energy Capital of the U.S. is only achievable with the support of prominent partners in the energy sector,” Thomas said. “We are extremely disappointed with this potential investor’s decision and are well aware of the hope that EnerBlu’s project has generated in Pikeville and the eastern Kentucky region.”

"The City of Pikeville is disappointed to learn that funding for the EnerBlu project was not secured and that EnerBlu’s previously announced project in Pikeville is no longer viable. Throughout the process of working with EnerBlu, our city officials and local economic
development authorities have given this partnership an abundance of attention for what we know could have been a transformative project for our community. The City of Pikeville remains committed to attracting high-paying jobs and tremendous corporate citizens to utilize our top-notch industrial site. We know that Pikeville and its workforce have a bright future and will continue to work with companies seeking a strong industrial park, economic opportunities, and the skilled workforce that we offer."

EnerBlu had planned to build the manufacturing campus on about 400 acres at the Kentucky Enterprise Industrial Park, which is a reclaimed coal mining site.

“Eastern Kentucky holds a tremendous opportunity for manufacturers, especially with their available skilled workforce, low cost, and development of sites,” CEO Thomas said. “As we move forward as a
company to develop a viable and impactful project, we encourage other companies to discover what we found within this region of Appalachia. We have experienced an incredible level of support from the leadership of the City of Pikeville, the contribution of the economic development executives was off the charts, universities, local electric utilities, and state and federal leaders did everything to pave the way.”

This is a major blow for economic growth for the region. One East Kentucky CEO Chuck Sexton said that while it is a punch to the gut, there is still opportunity for brighter days in Appalachia.

"I'm right there with them. I had hope in this project, I have hope in Eastern Kentucky. To me there's no area in the United States that needs economic development and jobs more than Eastern Kentucky and Appalachia, there are a multitude of efforts that are working in concert to bring that to fruition," said Sexton.

Congressman Hal Rogers shared his own statement regarding the news:

“Our primary goal in Eastern Kentucky is to sow the seeds for new business and industrial growth in our region, capitalizing on our stellar workforce. It is very disheartening to learn that EnerBlu is withdrawing plans to bring 875 good-paying jobs to the Big Sandy area, but we know that multimillion dollar projects come with immense obstacles. Unfortunately, this is part of the difficult process of rebuilding, reimagining and reshaping our rural region, but one change in business plans will not define our future. I am confident future opportunities will arise from the groundwork that has already been laid for business development at the Kentucky Enterprise Industrial Park. Our best days are ahead of us and we will keep recruiting innovative companies and building a better tomorrow.”

“EnerBlu is currently working with the assistance of Citibank on a revised plan that would require a lower capital investment, without compromising the potential mid- and long-term future of the company,” Thomas said. “This is not the end; but a change in direction that we are confident will lead to a prosperous future for EnerBlu in Kentucky.”

Jared Arnett, the executive director of Shaping Our Appalachian Region, posted on Facebook following the announcement.

"The transformation we desire and deserve is and will never be hinged on one single announcement. While we are saddened that EnerBlu will not invest in our region and our world-class workforce, this does not diminish our determination to press forward and build the 21st Century Appalachia we envision. If we truly want to embark on a journey of transformation and increased opportunities, it will require taking risks. If we fail to take risks, the only guarantee that is certain is that we fail. We, and many others who are working collaboratively on the behalf of all of Appalachia Kentucky, will not accept the risk of doing nothing. This is a dark cloud and its remnants may linger for some time, but we will press forward, unified, in search of new opportunities that will bring lasting change for our generation and generations to come."

Arnett told WYMT, there is a positive inside this negative story.

"You know, you just have to look at it in that with EnerBlu, the Industrial Park was full so it slowed the recruiting process down a little bit because they were really out of space," explained Arnett.

He says now, more businesses can look into setting up in the Industrial Park.

You can read the complete news release from EnerBlu below. (If viewing on a mobile app, follow the link to view on a web browser.)