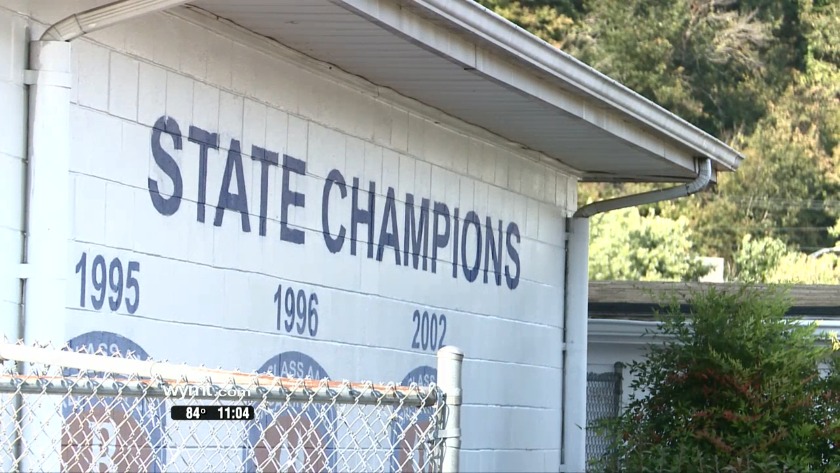 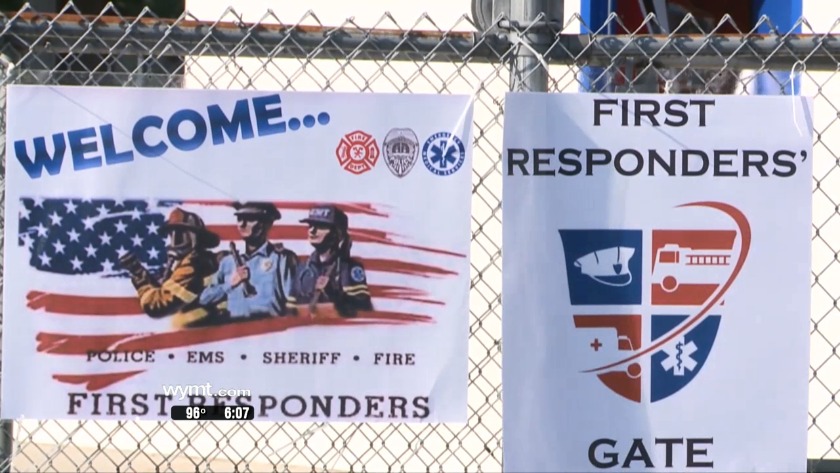 BREATHITT COUNTY, Ky. (WYMT) - Breathitt County High School took a few moments before Friday night's football game to remember their first responders and those they recently lost in the community.

The football team held the thin blue stripe flag high as they ran onto the field.

"He knew all the kids. He was a gentle giant with these kids," said Jackson police chief Kenneth Spicer.

They honored Loren "Doc" Holliday who was a retired trooper and their former school resource officer.

"The kids loved him. He had a lot of great relationships. The kids felt comfortable talking to him and he just was a really vital part of our community and school," said Principal Charles Davidson.

Davidson wanted to pay tribute to first responders after the anniversary of 9/11.

"We want to be role models for our kid and show what our community means and we have a really good community here really close-knit community that we know everybody and everybody knows what goes on in the community," said Davidson.

The first responders gathered on the field with Holliday's son Bennett.

"He definitely has the heart of a trooper. You can tell that in him. That's been instilled in him. Definitely a lot of courage," said KSP trooper Wilson Jones.

Bennett was presented with the thin blue stripe flag that flew at half staff at Breathitt High School the day after his father's death.

"That's just another signature item that he can place somewhere special for him to remind him of his father," said Jones.

Police officers say Bennett is family and he can always lean on them.

"We'll be here for him you know when I went to the funeral I hugged him and told him I loved him. His dad and him will be a part of this community the rest of his life," said Spicer.

Breathitt County High School let all the first responders into the game for free. They also had a cookout during the game.