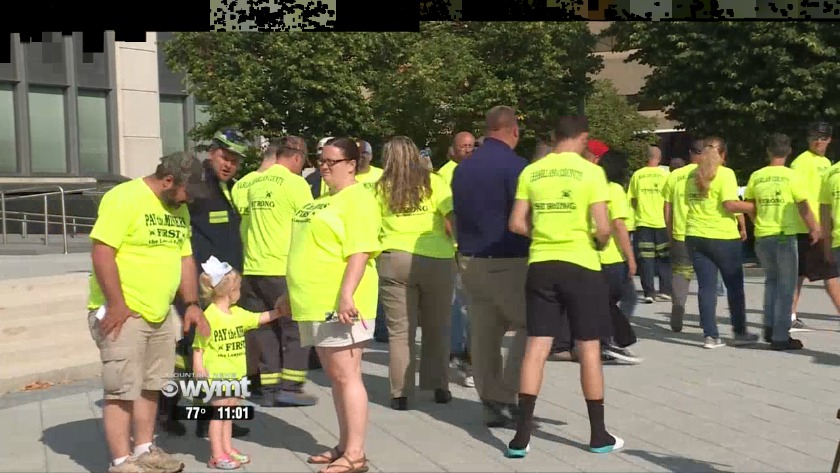 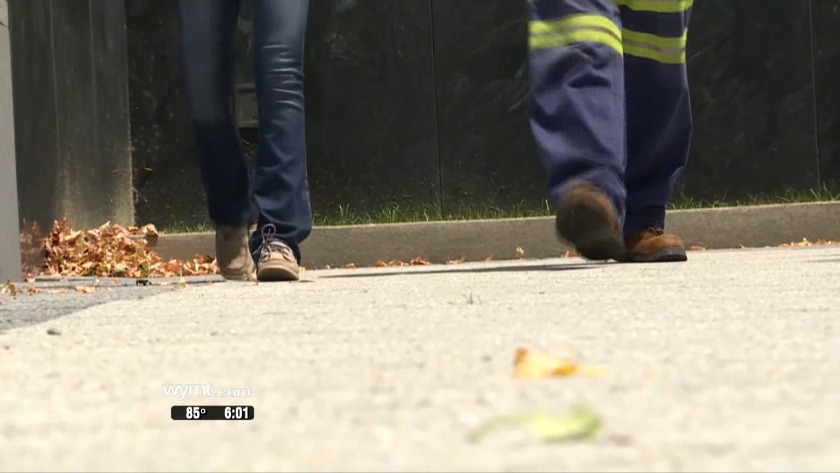 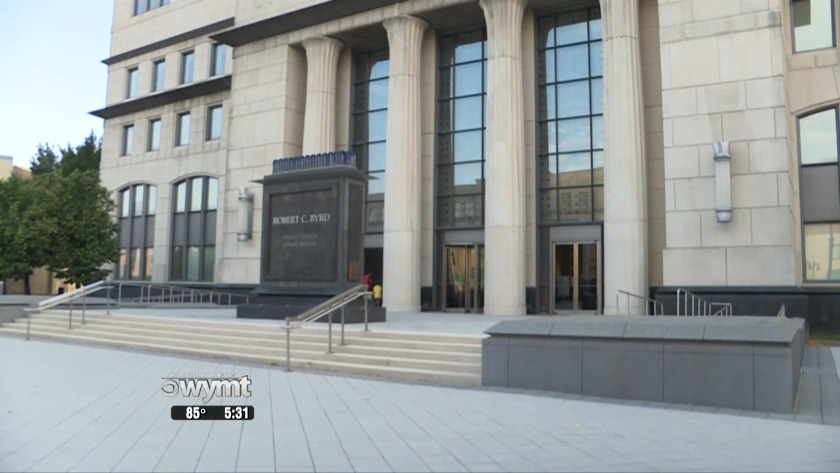 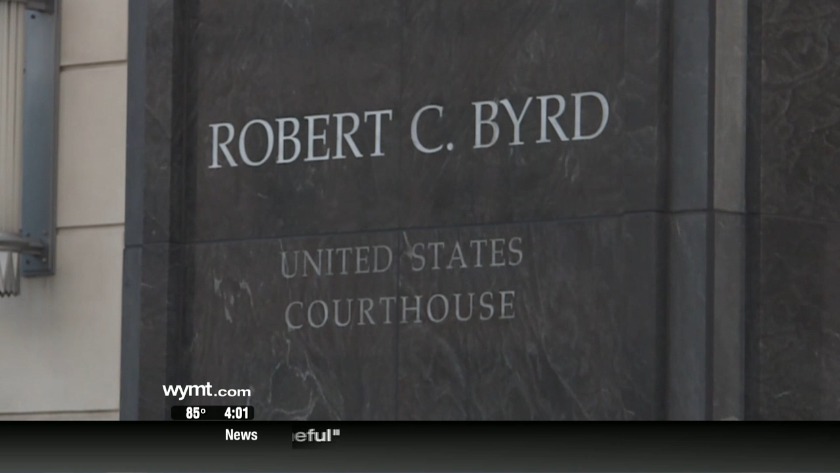 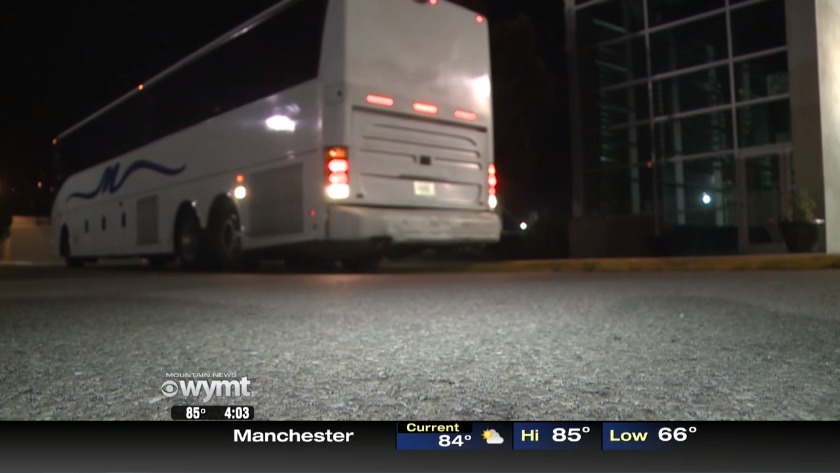 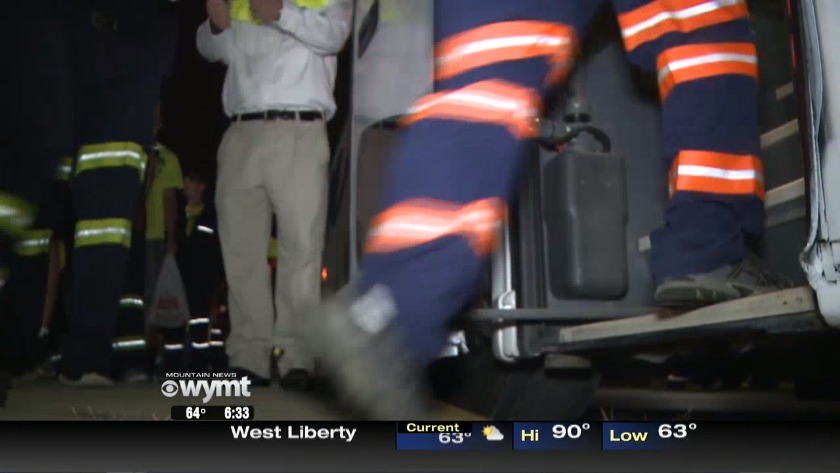 We are still not sure what will become of some key properties.

Kopper Glo Mining was the winning bidder for the Lone Mountain and Black Mountain properties. However, disagreements with different entities like Quest Energy and Caterpillar have left that in limbo.

"Get the men back to work. You know, you have some of the hardest working men in the nation right here in Eastern Kentucky. And just get them back to work, take care of them, pay them what they're owed and hopefully, things will be better than they was before," said Brandon Pierson who traveled to the hearings today in Charleston, WV from Harlan County.

The miners plan to have a listening party Tuesday at the protest site in Cumberland when the hearing resumes.

Lawyers and bankruptcy judge Frank Volk are trying to sort out who will take over Blackjewel mines. The process started at 10:00 a.m. Monday morning and may be delayed due to a deal disagreement.

The sale of several mines and assets were approved, but some of the bigger lots are yet to be decided.

Kopper Glo won the bid for the Lone Mountain and Black Mountain mines, but there is a disagreement between Caterpillar and Kopper Glo over equipment on some of the sites.

Nearly 40 miners and their families watched on as their future was slowly determined. Those in the courtroom frequently referred to the protests going on before going into sales, and miners said they believe their protests made an impact.

"I don't believe it would have come about as quickly. I believe eventually there would have been some resolution to this. But it's very apparent that the protests have helped tremendously, especially catapulting this to the national spotlight," said Quincy Adams, a former Blackjewel miner from Harlan County who joined his fellow miners at the courthouse Monday.

"Buddy, just get everything that we're owed. They've done us pretty dirty. It's been about two months since we had a payday," said William Stanton, a former coal washer for Blackjewel. "You know we worked all them hours and we deserve pay for it We're not going away until something's right. You know we don't know the law, but we know right and wrong. And that's what we want. What's right."

Updated 4:00 p.m.
The main focus during the first part of a Blackjewel bankruptcy hearing in Charleston, West Virginia was on the coal sitting in limbo on the tracks in Harlan County, Kentucky.

Earlier on Monday, the Department of Labor filed an emergency motion saying the coal could not be moved until the employees are paid. DOL officials were in the Charleston courtroom citing the Fair Labor Standards Act, and went on to get approval to sell a handful of other mines and assets.

The court approved the following sales, pending review and proper documentation:
- Coking Coal LLC to purchase the Pardee Mine in Wise County, Virginia.
- Tye Fork Coal Company to get LM6.
- Mark Energy LLC to get LM8 mine of Cumberland Rivercoal, LLC.

Miners still have not received an answer about the Black and Lone Mountain mines and their assets in Harlan County and Wise County.

"It's been extremely frustrating knowing, we really have no idea about what's going on. But luckily our local government has made a really big difference in that, but we're just taking it day by day and we're all just standing together, unifying, trying to represent, you know, each other," said Brandon Pierson from Harlan County. "And hopefully we'll get a good outcome and the judge will have favor on us."

Miners and their families are sitting in a meeting room across the hall from the courtroom where the hearing is taking place, patiently waiting for any news at all.

A WYMT crew is at the courthouse and will continue to update with new developments.

Original Story
Dozens of miners got up early and left their protest site near Cumberland and headed to the Harlan Center in Harlan to make the trek to Charleston, West Virginia early Monday morning.

The employees of Blackjewel plan to flood the federal courthouse to be at a bankruptcy hearing. The hearing could affect when or if they get paid or will have jobs to go back to at some point.

Harlan County Judge-Executive Dan Mosley tells WYMT thanks to SOAR (Shaping Our Appalachian Region), more than 40 of the miners were able to travel by bus to the hearing. Mosley said many others drove themselves.

"They've represented Harlan County very well, they've represented Blackjewel coal miners in a very positive fashion. I respect and appreciate what they've done. And hopefully today we will get them some answers that they've waited to get for now over a month," said Mosley.

The miners on the bus said the purpose of going to the hearing was to show the federal judge some of the faces of those affected by the decisions in the courtroom.

"To give them a face to look at, just to let them know it's not just a company, it's actual individuals," said Leeroy and Sarah Kelly, a Blackjewel miner and his wife. "Several individuals, more than one. That will give them something to look at besides just a piece of paper that's been handed out to them."

The miners and their families wore bright t-shirts that read, "Pay the miners first... the lawyers last." They are currently sitting in a meeting room across from the courtroom watching the proceedings. Attorney Ned Pillersdorf said there are about 70 lawyers in the courtroom Monday.

The miners who stayed behind and continue to protest are thankful for those who went on the miners' behalf while they hold down the fort on the Harlan County train tracks.

As we reported Sunday, several companies made bids to take over the mines across the region and potentially re-open them. We should learn at Monday's hearing if those bids will be accepted.

We have a reporter at Charleston keeping us updated.