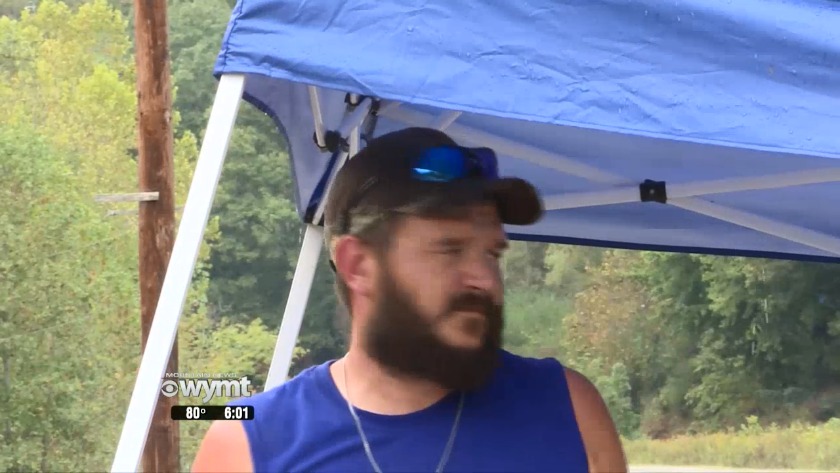 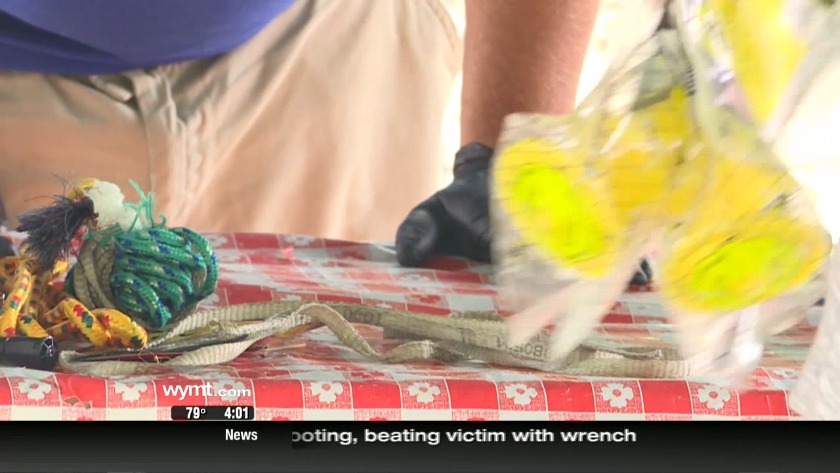 CUMBERLAND, Ky. (WYMT) - A nearly two-month saga is coming to an end.

Blackjewel miners are cleaning up the protest site in Harlan County, where they camped out for almost two months. // Emily Bennett

The Blackjewel miners in Harlan County, who have been blocking train cars hauling coal from leaving Cloverlick #3 Mine, are wrapping up their protest Thursday.

The protest started after Blackjewel LLC declared bankruptcy, which caused miners' checks to bounce. On July 29th, several miners climbed on the tracks to block a train hauling Blackjewel coal from leaving. This grew into a tent city as miners, their families and friends rallied around the mantra, "No pay, we stay."

Blackjewel miner Chris Rowe and his wife Stacy were at the tracks from the beginning.

"It's a mixture you know. Happy that I'm going home. Not really satisfied because we were unable to see it all through but you know like I said people have lives to live and we gotta go on and do what we gotta do," said Chris.

Chris has slept every night in a tent by the tracks.

Now, Chris and his wife Stacy are the only ones left.

"I'm not really comfortable with it but I gotta do what I gotta do," said Chris.

Miners are finding work, going back to school and are too busy to spend time at the protest site.

"I'm really heartbroken that I'm having to go, cause I don't like backing down from people from fights and stuff," said Chris's wife Stacy.

They made the decision to pack up because Chris was offered a job as a truck driver. It was an offer too good to pass up.

"I hate all this happened, but maybe it was a blessing in disguise because we got the opportunity we did for him to go on the road and drive and we'll be with him all the time," said Stacy.

Chris said the time at the tracks proved to be a learning experience.

"If you take enough people that have been treated as wrong as we had got, you can come together and make a bond with people you never think you would," said Chris.

Now that it is over, Chris wants people to know one thing.

"The phone calls, the messages, the food, I mean everything, and I just want to say thank you cause you guys are what kept us going," said Chris.

Several hearings in bankruptcy court led to a judge asking the respective parties to conduct confidential negotiations, with a deadline of October 1st. If no deal is made by then, court-ordered mediation is the likely outcome.

At this time, the miners have still not received the paychecks owed to them.

Crews work to put out fire at Artists Collaborative Theatre

Crews work to put out fire at Artists Collaborative Theatre