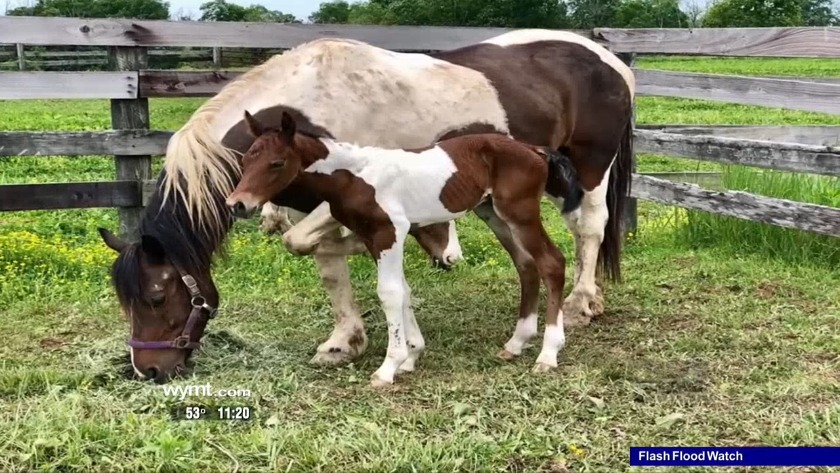 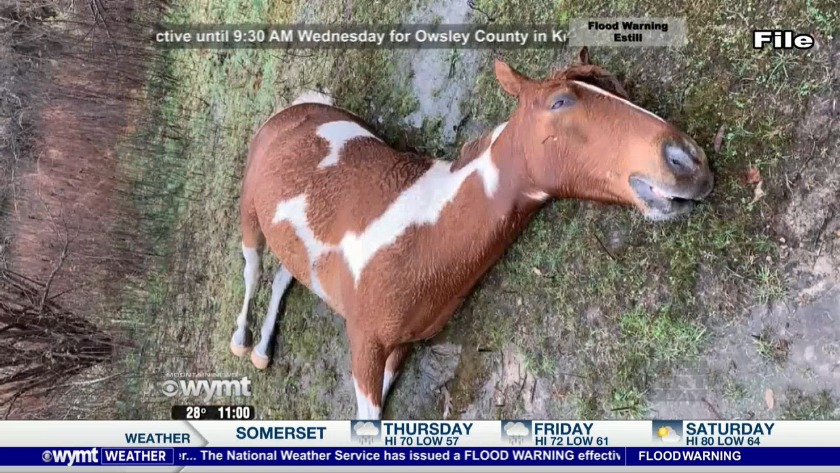 (WYMT) - What some are calling one of the worst cases of animal cruelty in Floyd County.

"I actually thought no this can’t be real somebody’s probably went up there and fed something that’s been like silage or something that a horse can’t tolerate in the wintertime and you know it’s not actually been a shooting. They died of something more natural causes," said Dumas Rescue President, Tonya Conn.

"But arriving on the scene it looks like a Civil War battlefield reenactment with all the horses lying dead scattered everywhere. It was horrific," said Conn.

One of the horses that were spared during the shooting, was a pregnant mare named Hope.

"She was extremely malnourished I mean almost like skin and bones and then on top of that right she’s pregnant. So we were really worried about the her nutrition and her energy levels etc. since she was carrying,” added Savannah Gregorchik, Outreach Manager, Kentucky Humane Society.

The road to recovery was a tough one for Hope as she also cared for her weanling colt "Knox" and her yearling filly "Diamond." However, she showed a strength only a mother can muster, nursing them both back to health.

"She was definitely really hesitant around people. Obviously, they’re coming from a really really traumatic experience, but again just getting that trust and making sure they have time to settle and have time to get to know that humans aren't always this cruel," added Gregorchik.

On Sunday morning around 7-9 a.m., Hope brought another colt into this world.

"Yeah I mean honestly we’re elated. I couldn’t tell you who is more excited at this point if it was our staff or Hope just because we were so ready for this baby to come,” said Gregorchik.

That is exactly what Hope did, living up to her name.

"But I just feel like it’s a beautiful metaphor for this rebirth of what we’re doing here at Willow Hope Farm is giving these horses a second chance and I feel like we really got to see that with Hope and colt,” added Gregorchik.

She showed everyone that there is always a light at the end of the tunnel.